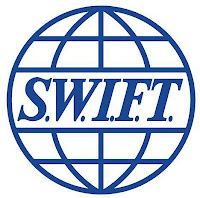 BRUSSELS — Iran was effectively cut off from global commerce on Thursday, when the company that handles financial transactions said it was severing ties with many Iranian banks – part of an international effort to discourage Tehran from developing nuclear weapons.

The action enforces European Union sanctions because global financial transactions are impossible without using SWIFT, and it will go a long way toward isolating Iran financially.

The Society for Worldwide Interbank Financial Telecommunication, or SWIFT, is a banking hub crucial to oil, financial transactions and other trades.

"Disconnecting banks is an extraordinary and unprecedented step for SWIFT," said Lazaro Campos, chief executive of SWIFT. "It is a direct result of international and multilateral action to intensify financial sanctions against Iran."

In a statement, the company said the EU decision to impose sanctions "prohibits companies such as SWIFT to continue to provide specialized financial messaging services to EU-sanctioned banks" and "forces SWIFT to take action."

Though Thursday's move adds no new sanctions, it is intended to make sure that EU sanctions that have already been approved are watertight.

In a statement, the European Council – comprised of the government leaders of the 27 European Union countries – said it had "developed the application" of its restrictive measures against Iran.

"In this context, the Council agreed that no specialized financial messaging shall be provided to those persons and entities subject to an asset freeze," the statement said.

In addition to sanctioning various officials and freezing the assets of certain companies, the European Union plans to institute an embargo on the import of Iranian oil in July – an attempt to choke off funding for Iran's nuclear program.

The EU sanctions are aimed at forcing Iran to demonstrate to the international community that it is not trying to develop nuclear weapons. Iran says that its nuclear program is for peaceful purposes only, but officials in many other countries – including Israel – believe otherwise.
Posted by Crude Oil Daily at 11:55 AM