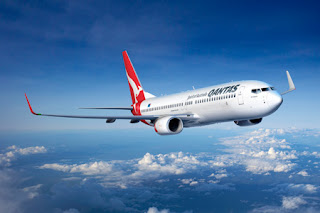 New figures have been released that show the United Arab Emirates to be the Middle East's largest consumer of jet fuel.

It has emerged that the UAE's demand was more than a third of the region's total jet fuel supply; this is more than Saudi Arabia – the Arab world's largest consumer of energy.

Official data from the Organization of Arab Petroleum Exporting Countries (Oapec) shows that the UAE got through around 85,000 barrels of jet fuel a day in 2010 - a 44% increase over its 2006 demand.

This growth in demand has been attributed to a rise in flights by national airlines, in addition to increased airport operations, mainly in Dubai – the heart of the UAE's business and tourism industries.

An estimated $200 billion (€149 billion) will be invested in the Middle East's aviation sector throughout the next 15 years, and the UAE is predicted to be the main investor. An additional $103 billion will be put towards airport expansions, over half of which will come from Dubai and Abu Dhabi, according to the Arab League.

In Jebel Ali, Maktoum Airport is currently under construction and is expected to be one of the largest airports in the world when it comes online. This alone is accounting for 40% of these total investments. In addition, 10 key airports in Dubai and Abu Dhabi are undergoing expansion projects, costing in the region of $78.6 billion.

Maktoum Airport alone is costing Dubai in the region of $50 billion to build, while the project to expand Dubai International Airport to increase its capacity to 40 million people will cost around $4.1 billion.

Abu Dhabi's government is looking to invest an estimated $6.8 billion to expanding its international airport and $200 million on its Al Ain Airport. $800 million will be invested on Ajman Airport.

Airports across the UAE will be able to handle almost 400 million passengers annually in 2012.
Posted by Crude Oil Daily at 10:14 PM