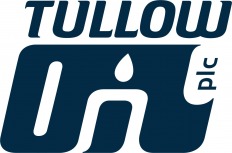 http://www.bloomberg.com/news/2011-08-24/tullow-to-invest-4-billion-in-ghana-to-increase-oil-production.html
By Eduard Gismatullin
Tullow Oil Plc (TLW), a U.K. explorer with the most licenses in Africa, may invest at least $4 billion with its partners to develop oil fields offGhana’s Atlantic coast.
Tullow, along with Anadarko Petroleum Corp. (APC) and Kosmos Energy Ltd., will begin engineering and design work for the Enyenra and Tweneboa fields in the Deep Water Tano block in September, Chief Operating Officer Paul McDade said.
The partners, also including Ghana National Petroleum Corp., will study a plan to produce 75,000 to 125,000 barrels a day from the fields, with first oil pumped in early 2015.
Tullow’s Jubilee field, the largest in Ghana, is expected to pump 105,000 barrels a day in October, up from about 85,000 barrels a day currently, the company said in a statement today.
Enyenra and Tweneboa “are of similar scale to Jubilee, a little bit more complex,” McDade said in a phone interview. “We are kind of thinking of $4 billion plus. That’s our territory but it’s quite uncertain at the moment.”
Explorers, including Eni SpA (ENI) of Italy and Russia’s OAO Lukoil, are searching for oil and gas in Ghanaian waters. The country has become one of the world’s top 50 oil producers since crude production began at Jubilee last year.
Tullow, based in London, will also proceed with development of Ghana’s Teak, Mahogany Eastand Akasa discoveries in the West Cape Three Points Block after giving up a so-called acreage exploration license in the area, Exploration Director Angus McCoss said in an interview.

“We’ve reached the end of the exploration license,” he said. “We’ve drilled the big prospects. We do retain certain rights over the license, which we are pursuing.” Anadarko, Tullow’s partner in the West Cape Three Points Block, yesterday said the Akasa-1 well discovered high-quality oil reservoir.
Tullow’s first-half net income more than tripled to $311.3 million as revenue reached $1.1 billion, it said today in the statement. It doubled an interim dividend to 4 pence a share.
“Overall these should be taken as a solid set of results by investors, with a small beat to consensus earnings,” Oswald Clint, an analyst at Sanford C. Bernstein & Co. said in an e- mailed report. Also, there’s the “doubling of the dividend signaling management’s confidence in continued cash flow.”
Tullow reduced its full-year production estimate to a range of 82,000 to 84,000 barrels a day after delays at Jubilee.
The company is in talks with Ghana National Gas Co. over selling gas from the field within the country, “but we probably are still about 18 months plus away from having gas infrastructure in place,” McDade said.

Tullow advanced 6.1 percent to 1,004 pence by 10:34 a.m. in London, the biggest gainer in the benchmark FTSE 100 index.
The explorer delayed announcing drilling results from “the high-impact” Zaedyus well in French Guiana until September from August. The results from the Montserrado exploration well off Liberia are also scheduled for September, the company said.
Tullow expects to complete the sale of its interests in three Ugandan exploration blocks to Total SA (FP) and China National Offshore Oil Corp. for $2.9 billion in September, it said today. The company agreed to set up the joint venture with Cnooc and Total in March to develop the Lake Albert Basin oil fields.
To contact the reporter on this story: Eduard Gismatullin in London ategismatullin@bloomberg.net
To contact the editor responsible for this story: Will Kennedy at wkennedy3@bloomberg.net
Posted by Crude Oil Daily at 9:07 AM