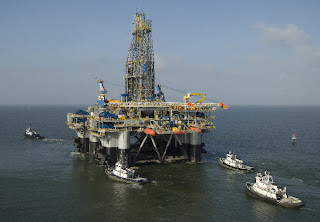 http://www.thisdaylive.com/articles/crude-oil-why-nigeria-s-output-exceeds-opec-quota/96971/
By Ejiofor Alike
The Federal Government has stated that the country  produced 2.6million barrels of crude oil per day(bpd), about 640, 000barrels above the Organisation of Petroleum Exporting Countries (OPEC)’s 1.96mbpd quota because the country was still restoring the integrity of the pipelines, after years of militant attacks.
Speaking at a Business Forum organised in Lagos by the Nigerian Gas Association (NGA), Chairman of Board of Governors of OPEC and Permanent Secretary for Ministry of Petroleum, Mr. Goni Mohammed Sheikh, said as a responsible member of OPEC, Nigeria was obliged to abide by the decision of the body.
He however noted that years of destruction of oil and gas facilities in the Niger Delta had brought the integrity of the pipelines to question, necessitating the ongoing efforts to restore the integrity of the lines.
He gave an assurance that once the integrity of the crude oil pipelines have been restored, the country would abide by OPEC’s official quota.
“People ask us why we produce above our official quota and still claim to be a responsible member of OPEC. But our position is that because of militancy, the integrity of our infrastructure has been damaged. What we are doing right now is to restore the integrity and once we restore the integrity, we will go back to our official quota,” he said.
He put the country’s current production at 2.6million bpd, with 670,000barrels per day coming from deep offshore fields.According to him, this figure was a significant improvement from the production of 1.3million bpd in 2008, attributing this success to the restoration of System 2C, which supplies crude oil to Warri and Kaduna refineries, and the amnesty programme introduced by the Federal Government.
Sheikh said total crude oil reserve at the beginning of the year stood at 31.218 billion barrels of oil; 5.314 billion barrels of condensate and 182.816 trillion cubic feet of gas.
Associated gas stands at 92.945 barrels, while non-associated gas is about 89.871barrels, he said.He stated that the current gas production is 6.8billion cubic feet per day (bcf/d), while 1.4bcf/d is flared.
To achieve government’s target of growing reserves up to 40 billion barrels and increasing production to 4million bpd, Sheikh called for aggressive exploration programme.
He noted that Bonga Southwest, Nsiko, Usan, Aparo, Bosi and Engina fields will come on stream between 2011 and 2014.
Posted by Crude Oil Daily at 8:53 AM