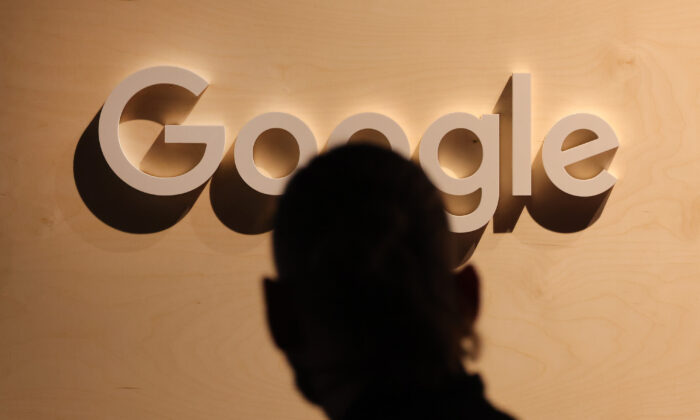 A participant walks past a Google logo at a stand at an event in Berlin, Germany, on June 9, 2022. (Sean Gallup/Getty Images)

Google has removed thousands of YouTube channels “linked to” Brazil, Russia, and China as part of its investigation into “coordinated influence operations,” the tech giant’s Threat Analysis Group has said.

In its Dec. 1 bulletin, Google said it terminated the accounts on its platforms in the fourth quarter.

The company terminated 5,197 YouTube channels and 17 Blogger blogs as part of its ongoing investigation into coordinated influence operations linked to China.

“These channels and blogs mostly uploaded spammy content in Chinese about music, entertainment, and lifestyle, while a very small subset uploaded content in Chinese and English about China and U.S. foreign affairs,” Google, YouTube’s parent company, stated in a blog post. “These findings are consistent with our previous reports.”

The channels were allegedly “sharing content in Russian that was supportive of Russia and Russian President Vladimir Putin and critical of Ukraine and the West.” Relations between Russia and the West have grown strained this year because of Moscow’s invasion of neighboring Ukraine in February.

Eight YouTube channels were pulled and two domains were also blocked from appearing on Google News surfaces and Discover as part of the probe over links to Russia, Google said.

“The [Russia-linked] campaign was sharing content in English that was about a variety of topics including British and global current events. We received leads from Meta that assisted us in this investigation.”

The California-based company also removed 76 YouTube channels as part of its probe into “coordinated influence operations linked to Brazil.”

The company said that included content in Brazilian Portuguese that was supportive of Brazilian President Jair Bolsonaro, who is currently contesting the results of the October election after which his left-wing opponent, Luiz Inácio Lula da Silva, was declared the winner.

Another 27 YouTube channels were terminated for coordinated influence operations linked to Russia because they shared content in Russian that was supportive of Russia and critical of Western Europe and Ukraine, the tech giant added.

Thirty YouTube channels and five AdSense accounts also were removed after they were allegedly found to be connected to a Russian consulting firm that was “sharing content in Russian that was supportive of Russia and Russian President Vladimir Putin and critical of Ukraine, NATO, and the West.”

Meanwhile on Dec. 3, one YouTube channel “China Uncensored,” known for its commentary on China’s current affairs and being outspoken about the authoritarian leadership of the Chinese Communist Party, reported that it had experienced censorship of its content on Google’s video platform. The video affected was related to the recent mass protests against COVID-19 lockdowns in China.

China Uncensored said that YouTube had age-restricted its footage of protests across China that had been met with violent force by the CCP regime.

The reasoning given by YouTube for the content removal was that China Uncensored’s content allegedly “violated community guidelines” and action was taken to activate age-restriction in accordance with YouTube’s “violent and graphic content policies.”

An appeal of the decision by the channel was met with a denial, with YouTube stating that this was issued in order to “keep the YouTube community protected.”

Google officials didn’t respond by press time to a request by The Epoch Times for comment.

The Google bulletin also comes shortly after Twitter’s new owner Elon Musk claimed that employees at the social media platform may have given preference to leftist candidates during the elections in Brazil in October.

“I’ve seen a lot of concerning tweets about the recent Brazil election,” Musk wrote on Twitter on Dec. 3 in response to questioning by one Twitter user about elections that may have been “handled” by the company’s previous management.

“If those tweets are accurate, it’s possible that Twitter personnel gave preference to left-wing candidates,” the billionaire added, without providing more information or evidence regarding the matter.

Both Lula and Bolsonaro were active on Twitter during their campaigns but some of Bolsonaro’s allies, including those elected to Congress such as Nikolas Ferreira, Carla Zambelli, and Gustavo Gayer, saw their accounts suspended after questioning the results of the election.

Bolsonaro himself also had several Twitter posts related to COVID-19 removed by the company, with Twitter stating that they contained false or misleading information about the virus.