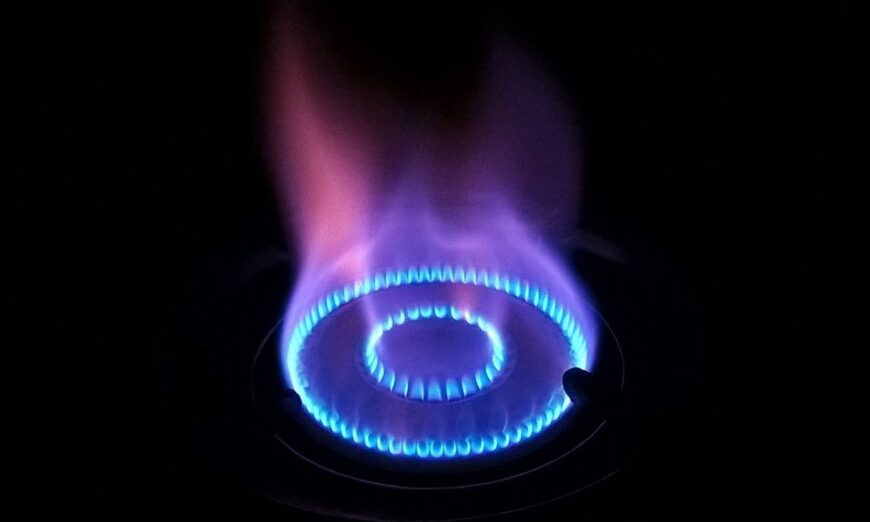 A blue flame on a gas stove. (Vasudevan Kumar via Pixabay)

A group that commissioned a study that linked natural gas stoves to childhood asthma that was cited by a number of media outlets this week revealed that it “does not assume or estimate a causal relationship” between gas stoves and asthma.

The study, commissioned by the Rocky Mountain Institute (RMI) think tank, linked 12.7 percent of all childhood asthma cases to gas stoves and was cited by an official in the Consumer Product Safety Commission (CPSC) earlier this week when he floating a possible ban or regulation of gas stoves, used by tens of millions of Americans. However, some doctors and researchers have sounded the alarm on the study’s conclusions and have noted that asthma is a complex disease with many different causes.

A manager with RMI, Brady Seals, told the Washington Examiner on Thursday that the study “does not assume or estimate a causal relationship” between the stoves and childhood asthma. Instead, the paper “only reports on a population-level reflection of the relative risk given what we know about exposure to the risk factor.” “We appreciate that this analysis is semiquantitative,” Seals added.

RMI has not responded to an Epoch Times request for comment.

During an interview with Bloomberg, CPSC official Richard Trumka Jr. said that in response to a possible ban of gas stoves, “Products that can’t be made safe can be banned.” He added that agencies could set “standards on emissions from the appliances.”

“My guiding duty is protecting consumer health and safety. Gas stoves can emit dangerous level of toxic chemicals—even when not in use—and will consider all approaches to regulation,” Trumka also wrote on Monday. But days later, another CPSC official, Chairman Alexander Hoehn-Saric, asserted that the agency is “not looking to ban gas stoves and the CPSC has no proceeding to do so.”

Trumka, the son of a powerful union boss, told CNN this week that “we are not looking to go into anyone’s homes and take away items that are already there,” and “we don’t do that.”

“If and when we get to regulation on the topic, it’s always forward looking,” he said. “You know, it applies to new products. Consumers always have the choice of what to keep in their homes and we want to make sure they do that with full information.”

After the study was published and Trumka’s comments circulated in the media this week, it was noted that RMI’s donors include charities linked to Amazon founder Jeff Bezos and Virgin billionaire Richard Branson. Last year, the push to ban gas stoves was floated during a World Economic Forum in Davos, Switzerland, last year, while RMI head Jon Creyts—who is listed on WEF’s website—is scheduled to speak at the Davos forum later this month, according to the New York Post.

‘Not a True Representation’

Several medical experts questioned the RMI study following Trumka’s now-controversial remarks. Dr. Ran Goldman, a pediatrics professor at the University of British Columbia, told local media that the report was merely “a calculation of what could be causing asthma in children.”

“This is not a true representation of what is happening and there is a huge uncertainty around how many children with asthma are truly because of those emissions. Asthma is a multifactorial disease,” Goldman told GlobalNews. “It’s a disease we’re still studying because it’s so complex.”

And a Harvard article by Wynne Armand in September 2022 stated that gas stoves can “affect air quality inside and outside your home, circulating pollutants that raise risk for asthma and other illnesses.” Later in the report, Armand wrote that “observational studies can’t prove that cooking with gas is the direct cause of asthma.”

Armand’s article, however, strongly suggests that consumers switch their gas stoves to electric ones.

Meanwhile, industry officials say that it isn’t only gas stoves that affect air quality. Jill Notini, a vice president of the Association of Home Appliance Manufacturers, told Bloomberg that electric stoves can have an adverse impact as well.

“Ventilation is really where this discussion should be, rather than banning one particular type of technology,” Notini said.

Jack Phillips
Breaking News Reporter
Jack Phillips is a senior reporter for The Epoch Times based in New York. He covers breaking news.
Posted by Crude Oil Daily at 11:02 AM