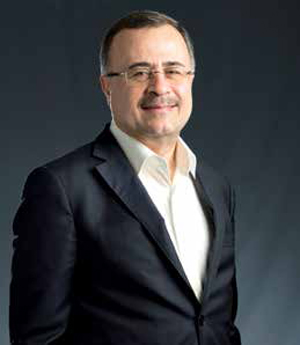 Oil prices are set to see a meaningful recovery in the second half of next year as the worst for producers, and the market is behind us, Amin Nasser, the chief executive of Saudi oil giant Aramco, said at an industry event this week.

“We are still in the tunnel, but I believe we can now see more light at the end of the tunnel,” Petroleum Economist quoted Nasser as saying as he was accepting the 2020 Kavaler Award from petrochemicals industry association The Chemists’ Club.

Although there is still uncertainty over the second coronavirus waves in Europe and the United States, “I believe the worst is behind us at this moment,” Nasser said.

The prospects of vaccine rollout early next year and signs of a strong recovery in oil demand in Asia makes Aramco and its top executive optimistic about the oil market’s prospects next year, especially in the latter half.

“We can expect a better recovery in the oil market in the second half of 2021,” Nasser said, as carried by Petroleum Economist.

The top executive of the Saudi oil giant voiced concern that the current downturn would severely constrain future investment in upstream oil and gas.

Aramco continues to bet on expanding in the downstream to take advantage of expected growth in petrochemicals, Nasser added.

About a month ago, Saudi Arabia’s Energy Minister, Prince Abdulaziz bin Salman, said that the worst is over for the oil market. That statement at the CERAWeek’s India Energy Forum came two weeks before pharmaceutical companies started announcing vaccine breakthroughs, giving the oil market hope that vaccine rollouts next year would significantly help fuel demand and traveling.

At the end of November, oil prices hit their highest level since early March, when Saudi Arabia and Russia disagreed on how to manage oil supply in the pandemic and started a brief oil price war that contributed to the price collapse together with the demand destruction.