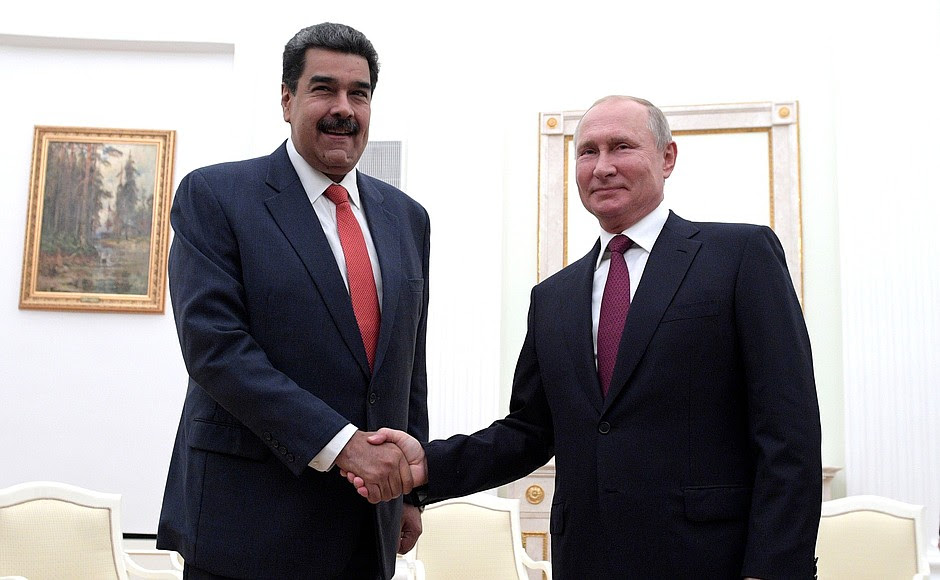 With President of Venezuela Nicolas Madur

Maduro, a socialist who has overseen a drastic economic collapse in the once-prosperous OPEC nation and stands accused of corruption and human rights violations, did not say how much money Venezuela would provide or when it would be disbursed.

But the statement suggests he sees left-leaning Alberto Fernandez’ victory in last month’s Argentine presidential election as an opening to revive the construction. He accused current President Mauricio Macri, an outspoken Maduro critic, of “sabotage” to delay the tankers’ completion, without evidence.
“Macri, who hates us and fears us at the same time, stopped everything,” Maduro told a gathering of leftist organizations in Cuba. “There’s a new president. I’ll tell you: Venezuela has the resources and is ready to invest and finish those two ships.”

Maduro added that he had not been aware of the situation until union leaders from the Rio Santiago shipyard building the tankers - who also attended the Havana summit - approached him in a restaurant this weekend.

Representatives for Macri and Fernandez did not immediately respond to requests for comment. Maria Eugenia Vidal, a close Macri ally and outgoing governor of Buenos Aires province, which owns the shipyard, has said she would rather spend money on schools than subsidize it.

Fernandez is set to be inaugurated next month.

Delivery of the ships was delayed long before Macri took office in late 2015. Maduro’s late predecessor Hugo Chavez and late Argentine President Nestor Kirchner first signed a pact to build them in 2005.

One tanker, the medium-sized Eva Peron Aframax, was officially launched in 2012, but construction delays and a lack of funds have meant neither has yet been delivered.

PDVSA, hit by a freefall in its crude output and U.S. sanctions intended to force out Maduro, is in desperate need of new tankers, after losing control of part of its fleet due to mounting unpaid bills to operators.

Many shipping firms are no longer calling at Venezuela’s ports or carrying its oil due to sanctions, say maritime sources, leading to a scarcity of tankers for exports and a consequent accumulation of unsold oil stocks, which has forced PDVSA to further cut back output.