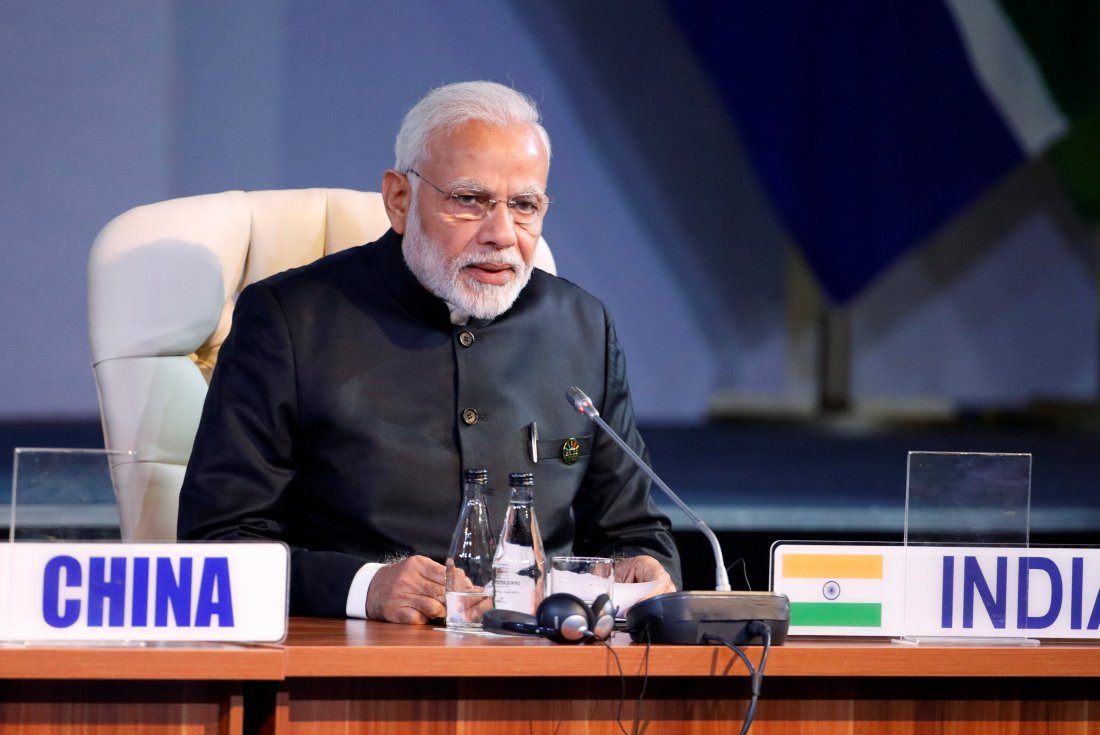 
Washington has said that to achieve significant reductions in Iranian oil exports it needs India to observe the sanctions.

When the United States pulled out of the Iran nuclear deal in May, it told countries trading with Iran that they would have to stop soon or face American sanctions.
As the first ninety-day wind-down period for ceasing trading with Iran comes to an end, Washington is ratcheting up the pressure on the main importers of Iranian crude oil.

However, most of the other countries that signed the nuclear deal —including many in Europe—continue to support it. But companies, not governments, import oil—and they are likely to buckle under the U.S. pressure.


A key exception is Chinese companies, which collectively amount to the world’s largest buyer of Iranian oil. They remain defiant against the U.S. sanctions threat, a stance which their government obviously supports. The defiance comes as tension with America already increasing due to a trade war that Washington started.

The European Union is also embroiled in a trade war with the United States. This is increasing the pressure on European companies to comply with Washington’s no-trade-with-Iran order. Most have said they will comply with it.


Another important player in the Iran sanctions game is India. In fact, the United States has said that to achieve significant reductions in Iranian oil exports it needs India to observe the sanctions.


Iran’s geographical proximity to India, coupled with India’s growing demand for petroleum, made an oil trading partnership between the two almost inevitable.

In 2017, India imported almost 40 percent of its oil from Iran, making it the second-largest importer of Iranian crude, behind China. India bought $13 billion worth of petroleum products from Iran that year, with crude accounting for the vast majority

The energy cooperation between Tehran and Delhi has not been limited to oil and gas trading, however.

After the Iran nuclear deal was signed in the summer of 2015, India began making major investments in Iran’s oil industry, including building petrochemical and fertilizer plants.

India has also wanted to invest in the Farzad B gas field. An Indian consortium led by the state-owned Oil and Gas Corporation discovered the field in 2012, and it began producing in 2013. A dispute over the terms of India’s participation in the field’s production has prevented a deal from being reached, however.

Meanwhile, Iran’s plan to build a gas pipeline through Afghanistan and Pakistan to India has been stalled due to disagreements over the terms of the deal.

Furthermore, after Iranian President Hassan Rouhani visited India in February, the countries expressed optimism that their trade would double.

Two events undermined that optimism, however. One was the United States increasing its threats to pull out of the Iran nuclear deal —which it ended up making good on in May. The other was Saudi Arabia, Iran’s main political rival in the Middle East, stepping up its energy diplomacy toward India.

In April, Saudi Aramco signed a deal with a consortium of Indian companies led by the state-owned Indian Oil Corporation to take a 50 percent stake in a $44 billion mega-refinery and petrochemicals complex that will be built in the port city of Ratnagiri. The Saudis calculated that helping India create one of the world’s largest refining and petrochemical complexes would not only help tilt it away from Iran but also guarantee long-term Saudi crude sales to India

Meanwhile, the United States has been increasing its diplomacy toward India, with the key goal of persuading India to embrace sanctions against Iran.

In addition, America’s ambassador to the United Nations, Nikki Haley, who is of Indian descent, visited New Delhi last month to ask that India reduce its Iranian oil imports.

A U.S. Treasury Department delegation followed. It was led by Marshall Billingslea, the department’s assistant secretary for anti-terrorism financing. Given Billingslea’s background, one topic was likely to be a scheme that Iran and India used to avoid previous U.S. sanctions against Iran.
The two visits are already yielding results for Washington.

India had used the rupee-rial arrangement to buy Iranian oil before U.S. sanctions were lifted against Iran in 2016. The two sides used Turkey’s Halk Bank as an intermediary in their trading.

In May, a federal judge in New York sentenced a top Halk Bank executive to three years in prison for designing and carrying out the scheme. U.S. prosecutors had contended that the deal was used to evade U.S. sanctions against Iran that the Obama administration imposed before the nuclear deal.

Washington has said that to achieve significant reductions in Iranian oil exports it needs India to observe the sanctions.


Before he became assistant Treasury secretary for anti-terrorism financing, Billingslea was managing director of business intelligence services for Deloitte, where he focused on illicit finance. In the wake of the prison sentence against the Halk Bank executive for the rupee-rial scheme, it was significant that after Billingslea left India, his next destination was Turkey .

India did obtain one sanctions-related victory from the United States, however. Washington agreed to allow it to invest in the expansion of Iran’s port of Chabahar if it complies with U.S. import sanctions against Iran.

Chabahar is key to an Indian policy of offsetting Pakistan’s and China’s use of Pakistan’s port of Gwadar to project more power in the region. China has made renovation and expansion of the port of Gwadar an integral part of its $62 billion China-Pakistan Economic Corridor project. The project includes a naval base.

Chabahar is only 107 miles from Gwadar. Iran has asked India to help it build steel and petrochemical plants in the port to boost its economy and increase development along the Makrān coast. It also plans to create a free trade zone in the port to try to spur economic growth.
With so many countries trying to flex their muscle in the region —the United States, Saudi Arabia, Iran, China and Pakistan—India is likely to find it harder to strike a balance between competing interests in the Middle East and Southwest Asia.

It will continue to accommodate Iran by supporting the nuclear deal and by participating in mutually beneficial projects such as the expansion of the port of Chabahar.

But it will be increasingly difficult and dangerous for Indian refining and petrochemical companies to find wiggle room that allows them to avoid U.S. sanctions, as they once did.
Rauf Mammadov is a resident scholar at Middle East Institute and Senior Advisor at Gulf State Analytics.
Omid Shokri Kalehsar is a Washington-based senior energy security analyst, and Ph.D. Candidate in International Relations at Yalova University, Turkey.
Image: Indian Prime Minister Narendra Modi attends the BRICS summit meeting in Johannesburg, South Africa, July 27, 2018. REUTERS/Mike Hutchings
Posted by Crude Oil Daily at 11:58 AM