PDVSA to Resume Use of Caribbean Oil Terminal Under NuStar Deal 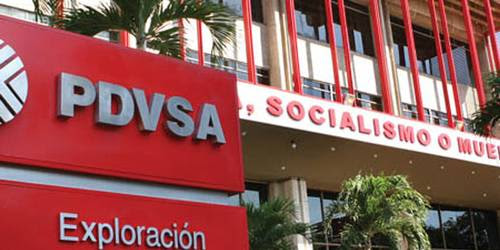 NuStar had suspended PDVSA several times since 2017 from using its St. Eustatius facility over millions of dollars in missed payments.

The terminal played a role in a legal dispute between PDVSA and ConocoPhillips, which earlier this year tried to enforce a $2 billion arbitration award by seizing some of the Venezuelan firm’s assets in the Caribbean.
“We can confirm that we have signed an agreement with PDVSA, which brings their account current,” NuStar spokesman Chris Cho said in an email. “This agreement improves the earnings outlook for our St Eustatius terminal for the remainder of 2018.”

NuStar and PDVSA also signed a new contract that reduces the storage available to PDVSA at the facility, while securing fees for about one year’s worth of storage, he added.
In May, when Conoco started legal actions to seize PDVSA’s assets on several islands where it rents or owns terminals and refineries, over 4 million barrels of Venezuelan heavy crude stored at Statia were temporarily retained under a court order.

Conoco tried to seize the inventory, but the dispute for missing storage fees between PDVSA and NuStar added complications to the case.

In 2017, a similar legal fight between PDVSA and the conglomerate of shipping companies Sovcomflot led to an auction in which an inventory of Venezuelan crude stored in Statia was sold to a trading firm for satisfying a portion of the Russian firm’s claim.