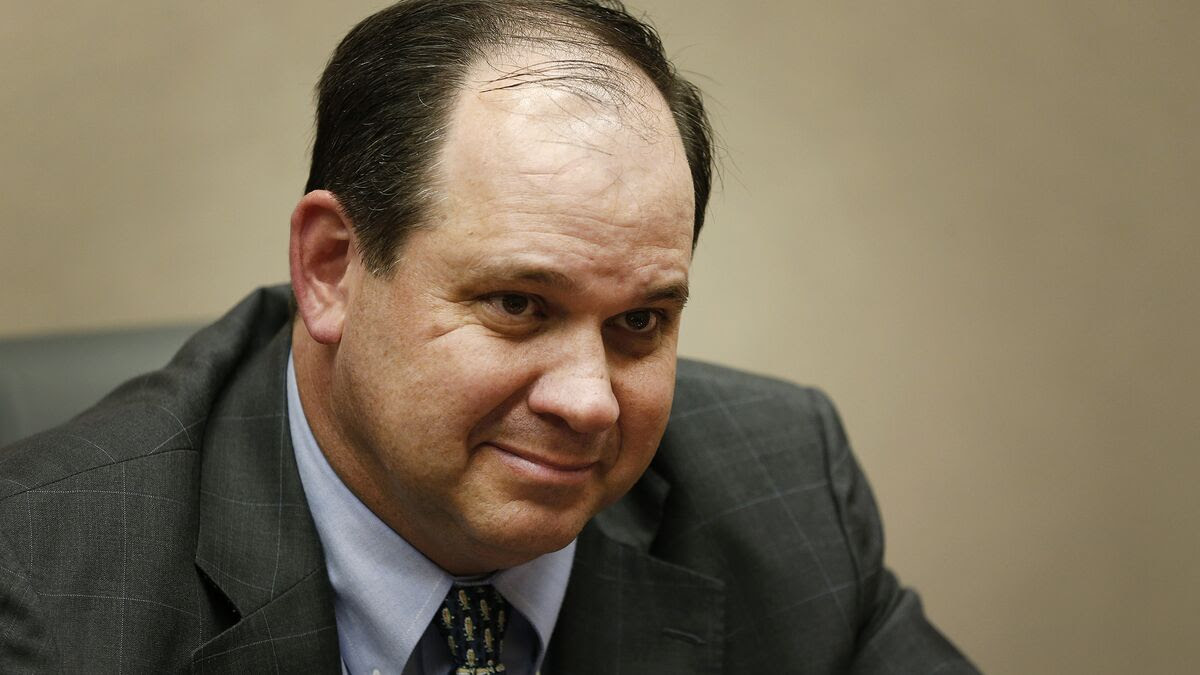 Apache Corp. CEO John Christmann didn’t just get a new job when he took charge of one of the world’s biggest shale producers in the dark days of the oil market crash in January, he signed on to a corporate makeover.
In the past six months Christmann has focused on transforming Apache from a high-flying global explorer into a ruthlessly efficient production machine rooted deeply in West Texas shale fields. Under his watch, Apache has set the pace for an industry intent on moving beyond basic cost-cutting to reset priorities on regions and projects that can thrive with $50-a-barrel oil.

Christmann has now accomplished what none of his other major peers have yet managed: he’s making more cash from operations than he’s spending. That compares to the two years preceding the 2014 oil market crash, when Apache was among a group of 18 producers on the Standard & Poors 500 Index spending a total of $36 billion more than the cash they generated.
“It’s not an industry you want to bet against,” Christmann, a 48-year-old native of Lubbock, Texas, said in an interview at Apache’s headquarters. “The good news is, it’s only going to get better.”
Apache may be leading the way now, but it’s coming from behind as a chronic under-performer during the shale boom. Investors are still on the fence, boosting the company’s shares only enough to be on average with peers.
“We’re still in the middle of the pack,”said Christmann. “That’s not where I want to be.”

The newly minted chief executive officer is leading a group of increasingly emboldened energy executives who are shrugging at Saudi Arabia’s refusal to moderate its oil production to help ease oversupplies that pushed down prices. At its June 5 meeting almost one year after crude began its decline, OPEC, the Organization of Petroleum Exporting Countries, pledged to keep pumping away at full force.
The expectation was that higher-cost U.S. shale producers would be the ones to buckle under low prices and fade away. Instead, Christmann and his peers have used the downturn as a catalyst to turn shale drilling from a money-losing technology into the future of global oil, said Les Csorba, partner at executive search firm Heidrick & Struggles.
“This new generation of leaders was really anticipating the downturn, even before prices began falling, focusing on standardization and driving efficiency,” said Csorba, who helped Apache select Christmann and placed other energy CEOs in the past two years. “They’re engineers who are very focused on returns, more than on production growth.”

Christmann took over as CEO on Jan. 20 after the sudden retirement of Steven Farris. By then the severity of the market downturn was sinking in with global oil companies, who have since cut more than 120,000 jobs and shaved more than $114 billion of spending after crude prices dropped sharply in November.

Apache moved faster than anyone, reducing its operating drilling rigs initially by 70 percent and finally by 87 percent, to 12 from 91, a cut equivalent to some producers’ entire rig fleet.
By February, Christmann had cut spending so severely its planned 2014 production increase fell to zero from a previous 18 percent -- a daring move in an industry investors value mainly for growth prospects.
“From the moment he took over, John’s immediate response was that we have to stop spending money today,” John Lowe, Apache’s chairman, said in an interview. “He was the quickest to react in the entire industry.”

With his emphasis on profits, Christmann was returning Apache to its roots. The company was among the top-performing oil and natural gas producers from 2001 to 2010, nearly tripling in value as it focused on turning tired-out oilfields into cash engines.
As the shale boom was taking off in the U.S., Apache began pursuing developments from Argentina to Australia, sinking billions into projects that wouldn’t show returns for years. The company’s market value fell 21 percent from 2010 to mid-2014, while peers such as EOG more than doubled in value during the same period, according to data compiled by Bloomberg.
Under Christmann’s guidance, Apache’s service costs have fallen 40 percent in some regions, contributing to free cash flow that is expected to reach up to $1 billion in 2015, according to the average of analyst estimates compiled by Bloomberg. Apache sold off all but two of its major overseas operations, in Egypt and the North Sea, and Christmann is refocusing the company on North America.
The 3.3 million gross drilling acres the company controls in the Permian Basin of West Texas are now the “heart and soul” of Apache, he said.

Other producers have followed suit, using a combination of cost reductions, project delays and improved technology to wring more production at a lower cost from each well. EOG can now make the same profit with oil at $65 a barrel that it could with $95-a-barrel crude two years ago.
The overall decline in costs may outpace early industry hopes of realizing 25 percent reductions, according to analysis by Bloomberg Intelligence. After six months of oil prices hovering between $50 and $60, producers in the top three drilling regions of the Permian Basin have dropped the so-called breakeven price -- which includes a 10-percent profit -- to about $42 a barrel, a decline of 19 percent from last year, according to Bloomberg New Energy Finance.
Posted by Crude Oil Daily at 10:34 AM