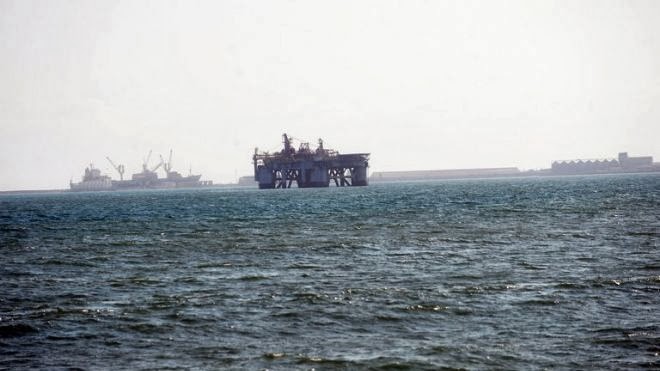 
http://www.bloomberg.com/news/2014-02-13/lonrho-to-start-600-million-ghana-port-to-lure-oil-rig-business.html
By Ekow Dontoh
Lonrho Plc will start building a $600 million port in Ghana as a hub to service oil rigs in West Africa, where Exxon Mobil Corp. and Royal Dutch Shell Plc pump 60 percent of Africa’s crude, in the second half of the year.
The port will be built in 25 months and the government will take a 10 percent stake in the Atuabo Freeport, Steven Gray, development manager, said in an interview on Feb. 10. Ghanaian companies will own about 35 percent and Lonrho and other foreign companies will have a 55 percent stake, he said. London-based Lonrho, which operates hotels and ports, hired Africa Finance Corp. to secure financing before the end of the first half of the year, he said.
“It’s strategically located to be able to support the growing oil and gas industry in the West Africa region to as far as Mauritania,” he said. The port “will help cut the cost of repairs to rigs which takes up to 20 days to travel from West Africa to ports in South Africa.”
Exploration and production activity is rising in West Africa, where Gabon, Nigeria, Ghana and other countries produce more than 3 million barrels of oil daily. Companies have increased the number of rigs being used in the Gulf of Guinea and nearby waters 20 percent in the past year, according to Baker Hughes Inc., the Houston-based field services company said in its monthly report of rigs.
Ghana plans to boost oil production fivefold to 500,000 barrels a day within 10 years and its neighbor Ivory Coast has said it will drill about 10 wells this year as part of a plan to boost output to 200,000 barrels daily through 2019. Tullow Oil Plc, which operates Ghana’s offshore Jubilee field, is exploring for oil in Guinea and Mauritania.
To contact the reporter on this story: Ekow Dontoh in Accra at edontoh@bloomberg.net
To contact the editor responsible for this story: Antony Sguazzin at asguazzin@bloomberg.net
Posted by Crude Oil Daily at 12:41 PM