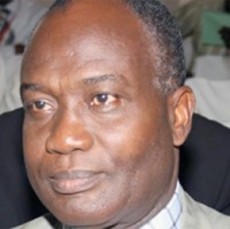 The Tema Oil Refinery (TOR) is in negotiation with the Volta River Authority (VRA) to swap 50,000 metric tons of crude oil representing 500,000 barrels of the product to support the refinery in its operations to avoid a shutdown of its second plant in the next seven days.

The first plant, the Residual Fluid Catalytic Cracker (RFCC), was shut down on August 28, 2011 for shortage of crude for running it.

According to a source at TOR, the quantity expected to be swapped is already in the custody of TOR for safekeeping and will last for about 10 days during which an expected consignment of crude oil will arrive.

The source said the arrangement of TOR swapping crude oil with VRA in times of emergency had existed for many years, noting that the product was kept at TOR for VRA.

It stated that in times of shortage when VRA needed crude oil to fire its thermal, TOR had supported it and, therefore, the swap was nothing new between the two organisations.

The Managing Director of TOR, Mr Ato Ampiah, explained that arrangements were in place to lift crude from Nigeria in the shortest possible time and, therefore, allayed the fears of Ghanaians that the second plant, which is the Crude Distillation Unit, would be shut down.

On recent happenings at the refinery, a source said workers were agitating to go on strike to impress on the government to ensure constant supply of crude to the refinery.

They claimed that the erratic supply of the product had affected the plant and damaged parts of the CDU.

The workers claimed that the situation was also frustrating and confirmed the mass exodus of workers to foreign oil companies outside the country.

The Chairman of the Petroleum and Chemical Junior Workers Union at TOR, Mr Albert Kojo Pinto, confirmed the frustration of the workers but denied that they were agitating to demonstrate.

He said the workers' leaders had called on the workers to change their attitude to work and rather use the period to undertake maintenance in areas which needed to be repaired.

Mr Pinto said this had gone down well with the workers but expressed the hope that the government would take immediate steps to rectify the situation. He said workers were not happy about the neglect of the refinery while the country's fuel need was imported.

Mr Pinto confirmed that the refinery was expecting a vessel with crude oil by next week or it would close down the second plant.

Daily Graphic investigations revealed that there was sufficient stock of petrol, diesel, aviation kerosene and an insignificant quantity of kerosene.

The Public Relations Manager of the National Petroleum Authority, Mr Steven Larbi, when reached on phone, said the authority dealt solely with finished products which he stated were available for distribution.

He disclosed that a vessel carrying Liquefied Petroleum Gas (LPG) had docked at the jetty at Tema Port to discharge 12,000 metric tons of the product.

He said the LPG would last for four weeks.

Mr Larbi was of the view that there would not be shortage on the market once the products kept arriving on time.
Posted by Crude Oil Daily at 8:26 PM