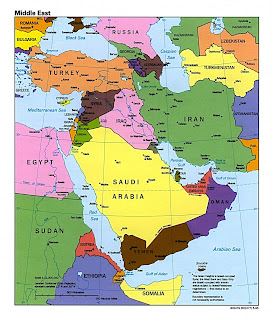 (Reuters) - Kuwait's budget surplus stood at 4.2 billion dinars ($15.3 billion) in the first two months of its 2011/12 fiscal year, larger than a year ago on higher-than-projected oil revenue and lower spending, finance ministry data showed on Sunday.

The surplus accounted for 11.4 percent of the OPEC member's gross domestic product, according to Reuters calculations. It reached 2.4 billion dinars in the same period a year ago.

Revenue of the world's sixth-largest oil exporter was 4.8 billion dinars in April-May, while spending was 648.3 million dinars, below a projected 3.2 billion for the first two months, the data showed.

Oil revenue reached 4.5 billion dinars in April-May, accounting for 92 percent of the total. The 2011/12 budget is based on an oil price of $60 per barrel.

Brent crude prices have been floating between $98 and $127 per barrel since the fiscal year started in April LCOc1.

Since 2004, Kuwait's budget spending has tripled to a record 19.4 billion dinars planned for the 2011/12 fiscal year, which started in April, with expenditure on wages rising almost as fast.

Revenue was set at 13.4 billion dinars in the 2011/12 budget, approved by parliament in June, bringing the projected deficit to 5.99 billion, or 16.2 percent of gross domestic product, according to Reuters calculations.

However, the 2011/12 revenue estimate is very conservative given this year's surge in the price of oil.

Last month, Kuwait's ruler said the misuse of budget surplus, including unproductive spending, has led to structural imbalances in the Gulf Arab economy.

The Arab country of 3.6 million people has no plans to boost budget spending in the next fiscal year, nor does it expect budget cuts in coming months, its finance minister said this month.

A Reuters poll in June forecast Kuwait's economy would grow 4.4 percent in 2011 and generate a fiscal surplus of 20.2 percent of gross domestic product in 2011/12, the largest among Gulf Arab oil exporters .