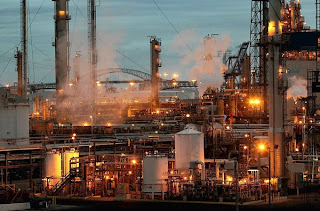 SINGAPORE,(Reuters) - Gunvor has provisionally booked around 75,000 tonnes of naphtha from Tuapse, Russia, to arrive in Asia between late October and early November to capitalise on healthy demand for heavy naphtha, traders said on Monday.

Another seller could also be working on moving Algerian volumes to Asia.

Strong buying interest for aromatics, especially for paraxylene which is used to make plastic bottles and clothing, pushed Asian petrochemical makers, especially those in South Korea, to look for heavy naphtha.

Western naphtha moving to Asia has been limited recently because European sellers were getting a better netback by selling barrels to Brazil which was buying cargoes as its domestic production lags demand.

"But if it is heavy naphtha, it can be more lucrative for the sellers to sell them to Asia," said a trader.

"Although the arbitrage window is technically closed, there have been deals done for heavy grades, but usually on a harsh-harsh basis."

For the window to be technically opened, Asian open-spec prices have to be at least $27.50 a tonne higher than that of Northwest European prices.

The window has been technically closed for at least three months.

Another company could be working on moving around 80,000 tonnes of Skikda splitter naphtha for October arrival in Asia, he added. (Reporting by Seng Li Peng)
Posted by Crude Oil Daily at 10:56 AM