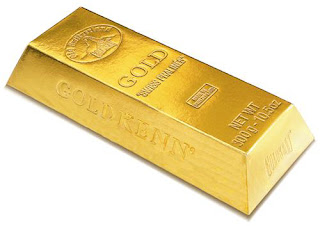 http://www.bloomberg.com/news/2011-09-19/gold-price-may-reach-2-300-in-2012-newmont-ceo-o-brien-says.html
Gold may rise to $2,000 an ounce by the end of this year and $2,300 an ounce by the close of 2012 because of investors buying the metal as a haven amid turmoil in financial markets, Newmont Mining Corp. (NEM) Chief Executive Officer Richard O’Brien said.
“We’re going to continue to be in a bullish gold-price environment for the next five to seven years,” O’Brien said yesterday in an interview at the 2011 Denver Gold Forum in Colorado Springs, Colorado. “It’s going to take that long for people to get their fiscal house in order.”
Gold climbed to a record earlier this month and is in the 11th year of a bull market, the longest winning streak since at least 1920 in London. Gold for immediate delivery rose $23.95, or 1.4 percent, to $1,802.63 an ounce at 7:31 p.m. in London trading. It touched a record $1,921.15 on Sept. 6.
While the price of gold has advanced 25 percent this year, Newmont, the largest U.S. gold producer, has increased 7.9 percent. The company said in April that it would link its dividend to the gold price.
Newmont said yesterday it’s enhancing that policy and the full-year payout now has the potential to climb to $4.70 a share. The quarterly dividend will get an additional increase of 7.5 cents a share when the metal exceeds $1,700 and a further 2.5-cent boost if gold surpasses $2,000, the Greenwood Village, Colorado-based company said in a statement.

The company said in July that second-quarter production costs advanced to an average of $588 an ounce, from $507 a year earlier. Capital and operating costs are increasing as gold- mining companies compete for a limited supply of workers and inputs such as energy and building materials, O’Brien said yesterday.
“Cost inflation is something we’re all going to have to deal with,” he said. “When you have $15 billion-plus of projects in Australia, of which our projects might be less than $1 billion, we have very little capacity to impact what it costs to produce steel.”
Newmont increased $3.60, or 5.4 percent, to $69.87 at 3:17 p.m. in New York Stock Exchange composite trading.
To contact the reporter on this story: Sonja Elmquist in Colorado Springs atselmquist1@bloomberg.net
To contact the editor responsible for this story: Simon Casey at scasey4@bloomberg.net
Posted by Crude Oil Daily at 4:39 PM