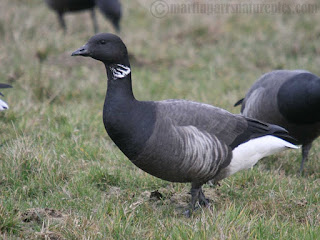 The European Union cranked up pressure to force Tehran to halt its disputed nuclear programme with further sanctions on Iran's banking, shipping and industrial sectors.
The measures came days after the Islamic Republic said it would negotiate on halting higher-grade uranium enrichment if given fuel for a research reactor.

"Fundamentally there is no shortage of oil, with Saudi Arabia and others maintaining high output while inventory levels are also good," said Ken Hasegawa, a commodity sales manager with Newedge in Tokyo.

"On the other hand, there is tension in the market with what is happening in Iran and the Turkey-Syria issue. That has put a floor on prices."

The twin factors of ample supply and worries over a worsening crisis in the Middle East will keep oil well balanced unless the geopolitical situation worsens, Hasegawa said. He expected Brent to trade between USD 110 and USD 118 in the short term, for the next 10 days, with US oil in an USD 88-USD 95 range.

The recent sanctions, one of the EU's toughest moves against Iran to date, reflect mounting concerns over the nuclear programme and also Israeli threats to attack Iranian atomic installations if a mix of sanctions and diplomacy fails.

Iran maintains that its nuclear project has only peaceful energy purposes and has refused in three rounds of talks since April to scale back uranium enrichment unless major economic sanctions are rescinded.

Brent was also supported by a possible delay in the restart of Britain's largest oilfield after maintenance, further hurting shipments of oil that sets the benchmark.

That helped the contract's premium to US oil rise to USD 23.95 on settlement in the previous session.

"Brent prices were supported by further delays in the restart of Nexen's Buzzard field after maintenance, which is the largest North Sea oil field," analysts at ANZ said in a report.

Brent may edge up towards USD 117.92 per barrel as a rebound from the October 3 low of USD 107.67 seems to have been extended, while US oil may rise towards USD 94.06 per barrel, according to Reuters technical analyst Wang Tao.
WEIGHING ON PRICE
Yet prices are under pressure from expectations that US crude inventories rose for the week to October 12 due to an anticipated rise in imports, while weak demand may lift gasoline stockpiles, a preliminary Reuters poll showed on Monday.

Adding to overall supplies, Saudi Arabia produced an average of 9.77 million barrels a day (bpd) of crude oil in September, an industry source said. According to official Saudi government figures supplied to OPEC, the world's biggest oil exporter, produced 9.75 million bpd in August and 9.80 million bpd of crude in July.
"I think we are OK with supply inspite of losing a lot of Iranian exports," said a Singapore-based trader with a western firm. "Iraq is doing well, the United States is doing great and Libya, too. I don't see a problem there unless there is a war."

Worries of a worsening economic outlook in the world's second-biggest oil consumer, China, apart from a prolonged crisis in Europe, are also weighing on oil prices.
"Going by economic indicators, China's economy is not strong and there could be a slowdown in demand from China," Hasegawa said. "There is also a lot of uncertainty over the European situation."
Posted by Crude Oil Daily at 3:25 PM