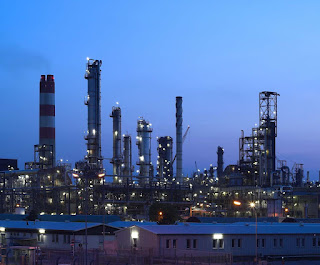 * Profitability of refining set to decline next year

By Emma Farge and Simon Falush

GENEVA/LONDON, Sept 25 (Reuters) - Trading houses Vitol and Gunvor are earning millions of dollars a week from their newly acquired European oil refineries, only months after the sector was described as doomed and the previous owner of the plants went bankrupt.

The traders are profiting from a surprise reversal of the fortunes of Europe's refining sector, which for years had struggled with poor refining margins - the value of oil products over the cost of the crude from which they are extracted.

Refining margins, which were languishing next to zero, jumped higher thanks to a contraction in capacity because of a refinery closure, stoppages due to accidents and seasonal maintenance.

While the debate is still on as to whether traders are enjoying fat margins, for now at least, due to pure luck or their talent for anticipation, one thing is sure - they are close to recouping money they spent on buying the refineries from the insolvent Petroplus.

"Those refineries are now printing more money in a month than during several previous years all together," said a former Petroplus employee familiar with the new owners.

One of the new owners confirms that things look rosy, at least for now, though this may not last as some of the reasons for the sudden improvement in the business are only temporary and the market outlook is challenging.

Vitol and Gunvor, the world's No.1 and No.4 energy trading houses which between them control the majority of trades in Geneva and London, bought three of Petroplus' five plants in Belgium, Germany and Switzerland after the independent refiner collapsed under a pile of debt in January.

Secretive traders have for decades focused their businesses on niche deals, often employing only a few dozen of people, whose main role is to connect buyers and sellers.

Hunger for physical assets was seen as a key reason for the push into refining. Refineries represented an ideal home for their large cash piles and would enable the trading houses to extend control over supply lines as they already own stockpiles of crude and oil products.

A few months after the purchases, the traders are thriving where others have failed - in the refining business itself.

Facts Global Energy consultancy estimates that margins have shot up to a four-year high of $8 a barrel in early September from around $2 at the start of the year, when Petroplus went into administration.

So the ageing plants, which just a few months ago looked ready for the scrap heap, are profitable again, says Gunvor. Vitol, which bought Cressier with AtlasInvest in May, declined to comment on the profitability of operations.

Traders and analysts give several reasons why refining margins have recovered so steeply, with production of gasoline in Europe generating the best returns in the past four years.

The prices reflect limited supply as other Europe's refiners undergo seasonal maintenances. Unplanned outages in the United States and a fire at a large Venezuelan refinery also cut deliveries to consumers.

Traders could hardly anticipate those development, but they certainly played a key role in the closure of Petroplus' most modern refinery, Coryton, in Britain.

To the surprise of the industry, Coryton failed to attract a buyer, despite being seen as one of the company's prize assets, helping to tighten the markets and boost margins.

The fact that the industry was on its knees also meant that competition for the Petroplus assets, especially the smaller units like Belgium's 110,000 barrel per day Antwerp plant and Switzerland's 70,000 bpd Cressier, was scarce.

A source familiar with Vitol's deal to buy Cressier -- a plant that was Petroplus' least profitable -- said it was bought for "substantially less than $50 million".

Based on the average European refinery run rates of 86-87 percent, as assessed by JBC Energy, and FACTS Global Energy's variable cost margin of $7 a barrel for northwest Europe, the traders are close to paying back what they spent on the plants.

Reuters calculations based on those figures suggest that Cressier would be generating around $412,000 per day or $25 million over the past two months. The same formula shows that Gunvor could be making a nominal profit of around $670,000 a day on its Antwerp plant.

" The new owners will have paid a huge chunk of their investments back already just this quarter," said a bank analyst specialising in European refining.

The payback calculations do not however take into account considerable liabilities that the trading houses have shouldered with the purchases, such as high labour costs or turnarounds.

So in the longer term these liabilities may make the plants less profitable, and should their new owners decide to close them, they could face high redundancy costs.

Analysts said that oil traders can probably extract more profits from the plants than Petroplus because they have better access to credit.

"Petroplus was hampered by credit limits and inventory management was very important for them. A company like Vitol will have much more working capital so they can be more flexible," said Gemma Gouldby, analyst at FACTS Global Energy.

Most industry experts, including the traders themselves, realise the boom time will not last forever given chronic challenges in the sector.

Europe's refiners have been struggling with shrinking oil demand and tough environmental rules for years as new modern rival refineries come onstream in Asia and the Middle East.

"I do believe that over a period of time we will see further consolidation in the European refining industry, meaning fewer refineries," said Gunvor's Tornqvist. "I expect a weakening of refining margins during the course of next year." (Reporting by Emma Farge and Simon Falush; Additional reporting by Dmitry Zhdannikov and Vladimir Soldatkin in Moscow; Editing by Giles Elgood)
Posted by Crude Oil Daily at 1:18 PM