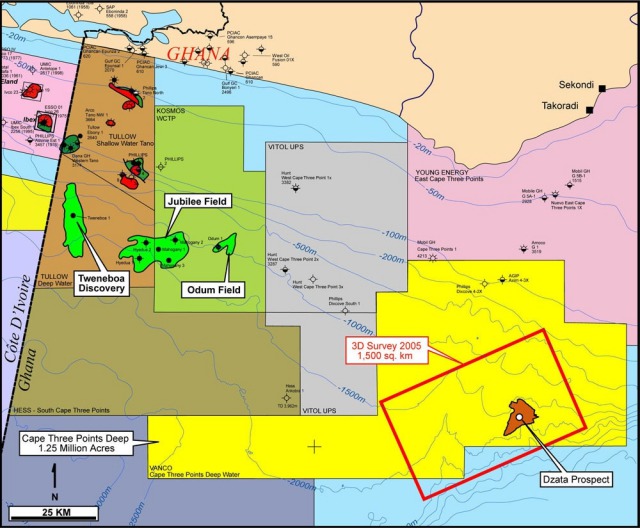 Ghana's GDP was forecast to grow 8.2 percent this year in a Reuters poll in July, after growing nearly 15 percent last year.

"We all know that oil production was lower than projected during the (second-quarter) period ... we can say this is also a contributing factor, in addition to planned activities," acting government statistician Philomena Nyarko told a news conference.

She also said on Wednesday first quarter year-on-year GDP growth was revised up to 15.7 percent from 8.7 percent, mainly because of additional data. That meant GDP rose 2.4 percent in the second quarter, compared with the first three months.

Ghana, the world's second largest cocoa grower, began pumping oil from its Jubilee oil field in November 2010. While it had hoped to hit 250,000 barrels per day by 2013, it has averaged under 80,000 bpd due to delays.

London-listed Tullow Oil, Ghana's leading oil field operator, said in its second-quarter earnings statement in July that output was cut to a gross average of 63,000 bpd in the first half of 2012 because of remediation work on some wells.

Ghana has produced more than 37 million barrels of oil since production started at the Jubilee field.

The statistics office said the agriculture sector contracted 0.1 percent in the second quarter, after 5.4 percent growth in the first quarter, because of poor performances in the forestry, fishing and livestock subsectors.