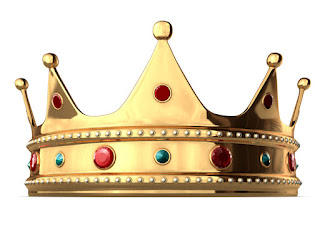 * Left with almost no crude in Russia sales tender

* Expands aggressively in other areas

LONDON, Sept 14 (Reuters) - Trading house Gunvor - dubbed by dealers the king of Kremlin oil - has been left with no Russian crude to sell. That was the surprise outcome of the latest big Russian crude oil sales tender, for long routinely won by Gunvor.

The result has sparked an intense debate in the industry about whether Gunvor's co-owner Gennady Timchenko is out of favour with the Kremlin - or whether the firm is merely fine-tuning its strategy before embarking on yet another phase of spectacular growth.

Geneva-based Gunvor, which at one point handled as much as 40 percent of Russia's seaborne exports and was a regular in term deals with companies such as Rosneft, Surgut and TNK-BP, insists the latest development is consistent with its long-term strategy.

"We now have a balanced portfolio of grades, sourcing oil and products from more than 35 countries. Gunvor's overall trading volume of oil and products is increasing year-to-year and Gunvor is well diversified including being a leading exporter of many Russian products," the company said.

Its role in the Urals crude market has diminished over the past two years as it expanded into gas, coal and shipping but the outcome of the latest tender by Rosneft, the Kremlin-controlled state giant, still came as a shock to many traders.

Rosneft awarded its regular six-month tender to rivals Vitol, Glencore and Royal Dutch/Shell leaving Gunvor or companies perceived as friedly to it, for the first time, empty-handed.

Because Gunvor also did not feature among 2012 winners of annual tenders by Surgut and TNK-BP, from October it will be left with just two cargoes a month of Urals crude under a term deal with state-controlled Gazprom Neft. That deal expires in December.

"They were so monstrously big in Urals and it is so bizarre to see them pulling out now. They might be still big in products, European refining. But in Urals - they have completely deflated," said a veteran trader with a major oil firm.

Gunvor says its decisions to compete in Russian tenders is purely commercial, and it picks up cheaper cargoes on the spot market.

"We also buy crude oil in the Platts windows and the open market, which could from time to time be cheaper than contract prices. Therefore, Gunvor's traded volumes of Russian crude oils are actually higher than you may conclude from watching our activity in the long-term tenders - which are sold at a premium to the market," the company said.

Some traders agreed that Rosneft and Surgut have made their crude tenders more transparent and competitive in the past years, partly under pressure from minority shareholders and the government. As a result tenders became overcrowded and premiums shot up.

"If you don't have access to cheap Urals anymore, you might as well cede your role to Vitol or Glencore and try to earn money else where," one veteran tender participant said.

Gunvor's spectacular rise in just a decade from an unknown into an $80-billion annual revenue trading house, has long attracted controversy.

Several Russian opposition figures have suggested its success was due to close ties between Timchenko and President Vladimir Putin.

While acknowledging a long association, the two have denied they have a business connection. Timchenko denied receiving Kremlin help in an open letter in 2008 entitled "Gunvor, Putin and me: the truth about a Russian oil trader".

There has been media speculation in Russia that Timchenko has fallen out with Putin's main energy aide Igor Sechin, deputy prime minister until May and currently chief executive at Rosneft.

"We have neutral, normal, working relations ... The newspapers are writing that we are quarreling - it is wrong. We don't have any problems," Timchenko told Reuters in June in a rare interview.

Speculation intensified in August when Rosneft, which produces as much oil as OPEC member Nigeria, reshuffled its export department.

"Practically anyone who has ever dealt with Gunvor was kicked out in August. It was a brutal purge," one insider said after the company's head of export department, Sergei Andronov, left together with a number of other export executives.

Gunvor said "it remains on good terms with all Russian companies and is, as in the past, invited to participate in tenders issued, which are based solely on competitive criteria".

In June, Timchenko, who has both Russian and Finnish citizenship, said he wanted to follow top traders like Glencore and diversify Gunvor into new areas.. Timchenko co-owns Gunvor with chief executive Torbjorn Tornqvist.

Timchenko has already expanded through Gunvor and other firms into coal, natural gas and oil terminal businesses becoming Russia's 12th richest man with a wealth of over $9 billion, according to Forbes magazine.

"They might have lost cheap Urals but otherwise I see little evidence of Gunvor's or Timchenko's declining fortunes. They expand in Russia, abroad, they are a rare firm still hiring," said a trader with a rival.

Companies close to Timchenko have also been busy in the construction of Ust-Luga, a new port in the Baltic. Its launch was postponed repeatedly after landslides, forcing Putin to delay a visit, before a successful launch six months ago.

"We see this more as a strategic diversification of Gunvor's interest away from Russian crude exports. The company is following in the footsteps of the likes of Vitol, by acquiring its own infrastructure and downstream assets," said David Wech from Vienna-based JBC Energy consultancy.

"If you have refineries, your trading positions becomes even stronger. Because if you struggle to sell your oil, you can always place it with your own refiner. So I found it strange when people say Gunvor is diversifying away from Russian oil," a former trader with Petroplus said.
Posted by Crude Oil Daily at 12:14 PM