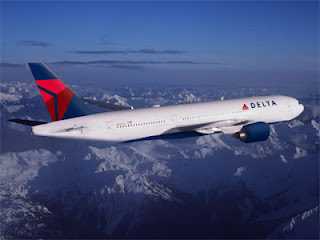 Delta Air Lines unit Monroe Energy is restarting the 185,000 barrel-per-day Trainer, Pennsylvania refinery it bought last spring, and will be producing jet fuel at full capacity by the end of this month, the one-year anniversary of the refinery's closure.

"Monroe Energy is in the process of restart right now, and is on track to begin producing jet fuel at full capacity by the end of the month," said Trebor Banstetter, a spokesman for the airline.
Deliveries of crude into storage tanks began in late August, ahead of the restart.

Delta is the first US airline to buy an oil refinery, aiming to manage growing fuel costs. The airline expects the refinery to save USD$300 million off its annual fuel bill, which reached USD$12 billion last year.

Delta's president Ed Bastian told a Deutsche Bank conference on Thursday that Delta could save even more as the carrier was looking to bring in Bakken crude from North Dakota to supply the refinery at prices that could be equivalent to West Texas Intermediate or lower.

The refinery currently processes more expensive crude from the North Sea and Africa.

Delta expected to spend about USD$100 million to increase jet fuel production to 52,000 bpd, or about 32 percent of output.

Supply and offtake deals with BP and Phillips 66 will help add more jet fuel to stocks.
Under a three-year agreement, BP will supply the crude oil to be refined at the facility. Monroe Energy will exchange gasoline and other refined products from Trainer for jet fuel from Phillips 66 and BP elsewhere in the country through multi-year agreements.

The refinery had been shut down at the end of September 2011 by then-owner ConocoPhillips, looking to limit exposure to the less lucrative East Coast refining space.

At that time, the refinery was at least a year overdue for its five-year major turnaround of all the units.

After the deal closed, Delta's Monroe Energy subsidiary began a complete turnaround on the plant, with the restart of some units targeted for sometime in early September.
(Reuters)
Posted by Crude Oil Daily at 1:25 PM