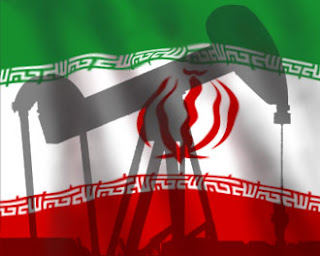 (Reuters) - Crude oil should be at least $150 per barrel, Iran's oil minister was quoted as saying on Sunday, and the sanctions-hit country's OPEC governor said current oil prices were not high enough to threaten the world economy.

"During the winter, oil prices always climb," Qasemi said. "So it's natural that this year as well we will have a rise in oil prices in the winter."

Mohammad Ali Khatibi, who represents Iran on the board of governors of the Organization of the Petroleum Exporting Countries (OPEC) told the oil ministry news website Shana that even price-sensitive consumers saw $100 a barrel as fair.

He argued that prices a "few dollars" above that level were unlikely to upset Western economies.

"Current oil prices represent nominal prices of the commodity," Khatibi was quoted as saying by Shana.

"Considering the inflation rate and other economic issues, it could be argued that real oil prices are between $70 to $80 or $10 to $15, respectively, when we consider the year 2000 or 1970s as the reference."

Khatibi said U.S. and European governments should focus on solving their deep structural issues such as huge budget deficits, rather than blaming rising oil prices for their problems.

Brent crude oil prices have surged more than 20 percent since OPEC last met in June, hovering between $112-$118 a barrel since mid-August, despite concerns over the world economy.

"Current oil prices are the result of natural developments in world oil markets," Khatibi said, adding that the United States is trying to "artificially" bring down prices by pressing oil-producing countries to raise output.

U.S. administration officials met analysts in early September in a move seen by some as a sign that President Barack Obama was considering releasing government reserves in a bid to bring down fuel prices in the run-up to the November elections.

Last week the International Energy Agency, which represents developed energy consuming countries, said global oil demand was likely to be muted over the next year and supply and inventory levels looked comfortable, implying there was no need to release emergency stocks to curb prices.

Rejecting analysts' estimates that Iran has slipped into third place behind Iraq in OPEC output rankings since Western sanctions on its exports tightened in July, Khatibi said official figures from Tehran showed Iran was surpassed only by Saudi Arabia.

"We are responsible towards those figures we present directly to OPEC Secretariat, the figures that show Islamic Republic of Iran maintains its position as the second-biggest oil producer in OPEC," he said.

In its latest monthly report, secondary sources cited by OPEC show Iraq overtook Iran as the 12-member group's second-biggest producer in July, with further rises in Iraqi production and the continuing decline of Iranian output to 2.77 million barrels per day (bpd) in August widening the gap.

(Reporting by Daniel Fineren and Yeganeh Torbati; Editing by Andrew Roche)
Posted by Crude Oil Daily at 10:40 AM