Storage facility to come online in Iran within a month 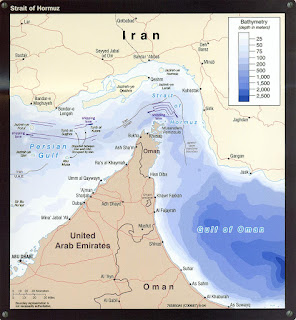 One of Iran's largest oil storage facilities currently under construction is scheduled to come online within the next month.

Located in the southeast of Kerman province, the 650 billion rials (€41 million) facility will be able to store 345 million litres of petrol and diesel fuel.

As Tank Storage magazine reported last week, five new storage terminals will be online by March next year in the nation, increasing its storage capacity from 11.6 billion to 12.8 billion litres. Iran's current capacity has been deemed insufficient for 58 days consumption.

Last year, Iran installed 16 new storage facilities which added an extra 1 billion litres. The nation hopes to be able to store 14.5 billion litres of oil by 2016 and is to set aside $47.5 billion (€38 billion) to invest in various sectors of the oil refining and distribution industry. In addition, the national oil pipeline network will be extended from 3,700km to 5,100km by 2015.
Posted by Crude Oil Daily at 10:09 AM