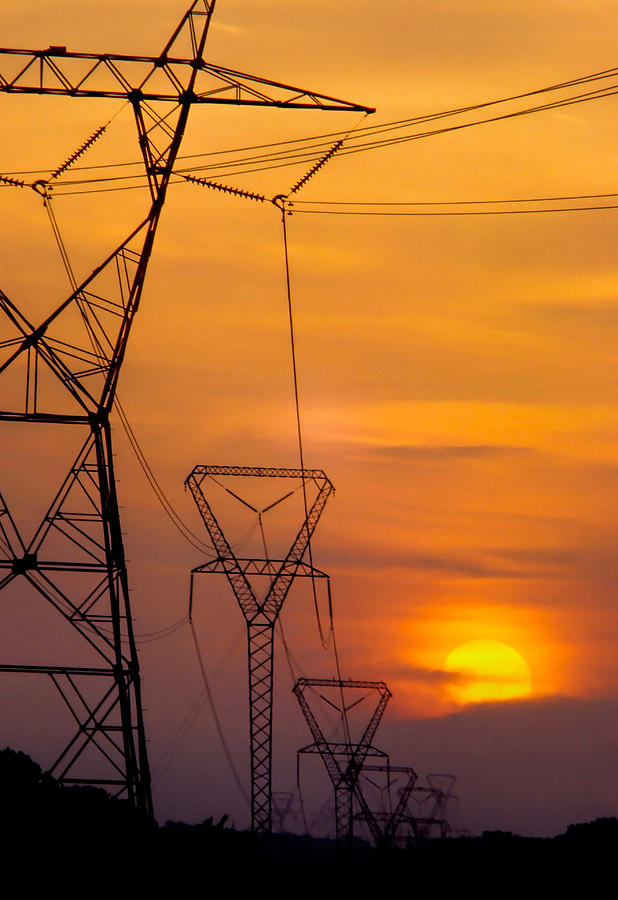 Power Lines at Sunset Photograph by David and Carol Kelly

Days ago, officials in California unveiled a plan to phase out new gas-powered cars. Now, officials are asking residents to avoid charging their electric vehicles in the interest of not overwhelming the power grid.

The western United States is facing a likely “prolonged and record heat wave” that could lead to temperatures as high as 115 degrees Fahrenheit, according to the National Weather Service. As a result, the California Independent System Operator is seeking to bring all available resources online to handle higher electricity demand and expects to issue “voluntary energy conservation” notices over the Labor Day weekend.

“The top three conservation actions are to set thermostats to 78 degrees or higher, avoid using large appliances and charging electric vehicles, and turn off unnecessary lights,” according to the American Public Power Association. During a “Flex Alert,” residents are encouraged to reduce energy consumption from 4:00 pm to 9:00 pm — the hours in which “demand for electricity remains high and there is less solar energy available.”

California also experienced a round of blackouts during last year’s Labor Day weekend. The state issued Flex Alerts because grid operators predicted “an increase in electricity demand, primarily from air conditioning use” related to extreme temperatures.

The warnings of low grid capacity come days after the California Air Resources Board issued new rules requiring 35% of new vehicles to produce zero emissions by 2026 — a standard that will rise to a 68% benchmark by 2030 and a 100% level by 2035. Yet experts have warned that the state’s electric grid will require significant upgrades to manage a rapid transition away from internal combustion vehicles.

“Today, most people charge their electric cars when they come home in the evening — when electricity demand is typically at its peak,” according to researchers at Cornell University’s College of Engineering. “If left unmanaged, the power demanded from many electric vehicles charging simultaneously in the evening will amplify existing peak loads, potentially outstripping the grid’s current capacity to meet demand.”

The legislatures of Massachusetts, Washington, and Virginia have previously passed laws conforming their states to standards approved by the California Air Resources Board. However, officials in Virginia have denounced the state’s laws — greenlit last year when Democrats controlled the General Assembly — and are seeking to repeal them.

“In an effort to turn Virginia into California, liberal politicians who previously ran our government sold Virginia out by subjecting Virginia drivers to California vehicle laws,” Governor Glenn Youngkin (R-VA) wrote. “Now, under that pact, Virginians will be forced to adopt the California law that prohibits the sale of gas and diesel-fueled vehicles. I am already at work to prevent this ridiculous edict from being forced on Virginians. California’s out of touch laws have no place in our Commonwealth.”

On a national level, Democratic officials have been similarly eager to phase out internal combustion vehicles while incentivizing the purchase of electric cars. The Inflation Reduction Act, which President Joe Biden signed earlier this month, greenlit $7,500 tax credits for the purchase of new electric vehicles — even as Ford and GM raised their electric vehicle prices by approximately the same amount.