Helium shortage disrupts celebrations – and even US weather service 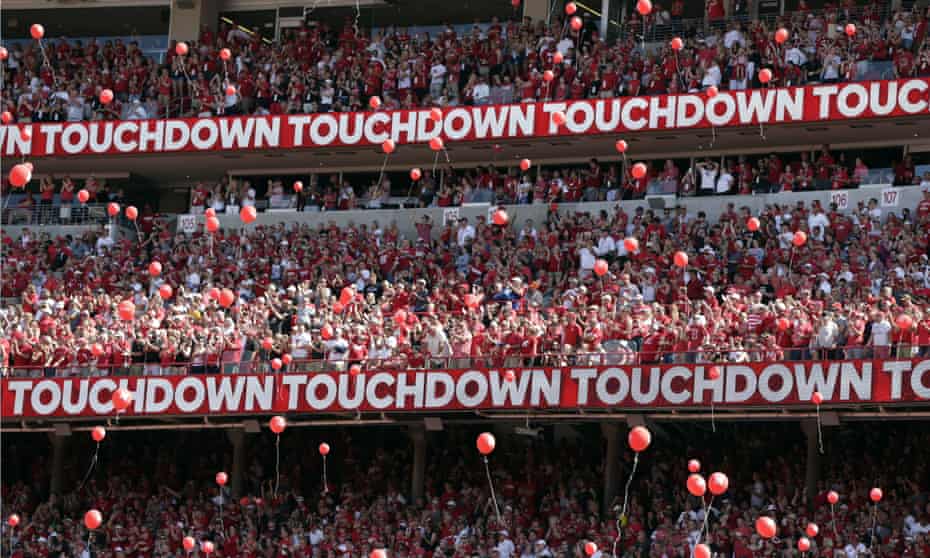 Nebraska Cornhuskers fans release red balloons after a touchdown in 2018. The team announced that it had to suspend its traditional touchdown celebration of red balloons. Photograph: Nati Harnik/AP

A global helium shortage has been affecting celebrations with balloons and even the National Weather Service.

Helium is a rare substance produced when uranium decays. Already difficult to mine, there are only a few sources in the world that produce the gas. Currently, the United States is one of the world’s largest helium producers, along with Qatar and Algeria. However, due to supply chain disruptions, including production plant closures and the 2017 embargo on Qatar, the global supply of helium has been severely affected.

In addition to the shortage affecting various instruments and machines that require the gas to function safely, various companies have been struck with negative balloon sales. In a quarterly earnings call on Thursday, Dollar Tree executives said that they are “once again” experiencing a helium shortage which could impact its sales.

“Currently, helium demand is greater than supply, so our stores are finding themselves temporarily out of helium from time to time as they wait for new deliveries,” Dollar Tree said in a statement on its website. “We know this can be tricky when getting ready for a party, and we are very sorry for the inconvenience,” it added.

The shortage has also been impacting the National Weather Service, which uses the odorless gas to fill weather balloons. Weather balloons are released twice daily across the country and provide various weather forecasting information.

However, because of the shortage, numerous balloon sites have had to cut back on launches.

Other groups that have been affected by the helium shortage include the Nebraska Cornhuskers. On Monday, the football team announced that it has had to suspend its traditional touchdown celebration of red balloons.

“We’ve been asked by the university that the helium we are getting as a university we need to use for medical purposes at UNMC in Omaha,” said Nebraska athletic director Trev Alberts, adding, “And so we are this year not going to be providing the red balloons for the first time at Memorial stadium.”