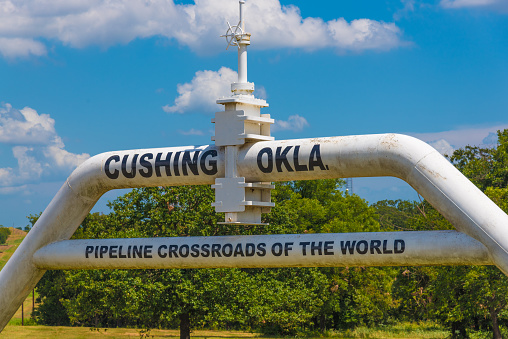 Abu Dhabi’s national oil company, ADNOC, is set to open its giant crude oil caverns in the mountains of Fujairah next year, one year later than planned, according to people with knowledge of the project.

The project, which will have capacity to hold 42 million barrels of crude oil, was pushed back because of COVID-19 related delays and will be finished before the end of 2023, one source told S&P Global Commodity Insights, asking not to be identified. ADNOC said it had no comment.

When complete, it will boost Fujairah’s status as a regional trading center, as the caverns will be able to store three different grades of crude oil, providing ADNOC with more flexibility to export crude through the port. Among the crudes is ADNOC’s flagship Murban crude, a light sour grade that underpins a crude futures contract launched by the company and the Intercontinental Exchange in 2021.

The storage caverns will also support ADNOC’s efforts to boost its crude production capacity from 4 million b/d to 5 million b/d by 2030.

The engineering procurement and construction contract went to South Korea’s SK Engineering and Construction Co. to build three underground storage caverns, each with a capacity of 14 million barrels, in the Fujairah mountains on the UAE’s east coast, sitting outside the Strait of Hormuz, a key shipping chokepoint.

Fujairah has risen rapidly in the last two decades to become the third-largest global bunkering port, after Singapore and Rotterdam. At the free zone just north of the main city, the landscape between the rugged mountains and the ocean is dominated by rows of tall, cylindrical oil tanks on both sides of the highway.

ADNOC already has a crude export terminal there, fed from its 1.5 million b/d Habshan pipeline that connects oil fields in Abu Dhabi’s west to the port. Dubai’s Emirates National Oil Co., Fujairah Oil Terminal FZC, Vopak and Gulf Petrochem are among the other companies with tank farms at the port, while Vitol has an 82,000 b/d refinery, Ecomar has a 20,000 b/d refinery and Uniper owns an LSFO plant.

The caverns contract was the world’s largest single project awarded at the time for underground crude oil storage, valued at Dirhams 4.4 billion ($1.21 billion). The caverns storage is intended to support ADNOC’s broader move into trading, the company has said. Work on the project started in 2018, with the first phase involving construction of an access tunnel completed by 2019.