A Surge in Iranian Oil Exports Is Clogging Up Chinese Ports 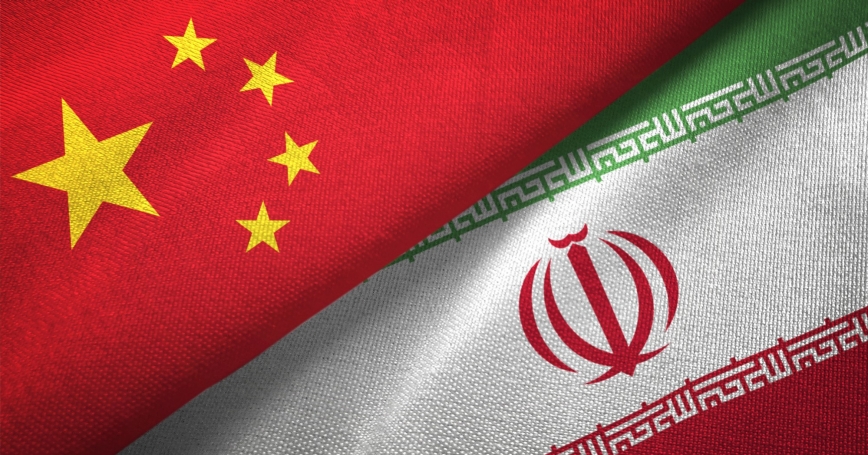 [Bloomberg] China is gorging on sanctioned Iranian oil – with imports forecast to more than double this month from February – as other countries hold off purchases for fear of incurring the wrath of the U.S.

Iranian shipments to the province of Shandong, home to a quarter of China’s refining capacity, have surged so much this month they’re causing congestion at ports and filling up storage tanks, traders and analysts said.

Oil from the Persian Gulf nation is heavily discounted due to the American sanctions that were first imposed in mid-2018. In China, it usually goes for $3 to $5 barrel less than benchmark Brent crude, according to traders, who say that’s prompting some local companies to stock up as global prices rise and economic activity picks up following the Lunar New Year holidays.

Chinese imports of Iranian crude will rise to 856,000 barrels a day in March, the most in almost two years and up 129% from last month, according to Kevin Wright, a Singapore-based analyst with Kpler. His estimates include oil that’s undergone ship-to-ship transfers in the Middle East or in waters off Singapore, Malaysia and Indonesia to obscure their origin.

Most refiners and traders are reluctant to purchase Iranian crude for fear of repercussions that can include being cut off from the American banking system and having cargoes seized. Tehran has used aggressive marketing as it tries to raise export income and boost an economy reeling from the sanctions.

“The surge is related to lower costs but also, politically, to a sense that this might be an interim period between the outgoing administration and the Biden administration figuring out its position on Iran,” said Michal Meidan, director of the China Energy Programme at the Oxford Institute for Energy Studies. “Iran is certainly part of the downside risks to oil prices, alongside Libya and shale to a certain degree.”

Relations between Washington and Tehran took a nosedive when former president Donald Trump pulled out of a nuclear accord with Iran. The country’s official oil exports have plunged to almost nothing from around 2.5 million barrels a day before the American sanctions. Iran still produces roughly 2 million barrels daily, however.

Tensions have remained high since Joe Biden came to power, although Iranian President Hassan Rouhani said this week his country was ready to revert to full or partial compliance with the nuclear deal if the U.S. did the same. Tehran has said Washington should lift the sanctions before the two sides start talks.

Oil prices have leapt from less than $40 a barrel at the end of October as major economies rolled out coronavirus vaccines and OPEC+ kept supply in check. Brent briefly topped $71 this week after a drone and missile attack on Saudi Arabia’s largest oil export terminal, which the kingdom blamed on Yemen’s Iran-backed Houthi rebels.

Chinese fuel consumption had already recovered to pre-virus levels last year, but dipped over the last few months amid a resurgence of Covid-19 in parts of the country. It’s now growing on the back of strong factory activity and infrastructure building that left Beijing blanketed in smog this week.

The waiting time for tankers looking to offload in Shandong was estimated at 12 days last week, compared with eight the week before, according to Kpler. Oil inventories at ports in the province climbed to a one-year high last month, data from industry researcher SCI99 showed.

China’s imports of crude oil climbed to an average of 11.1 million barrels a day in January and February, up more than 20% from December, according to Bloomberg calculations.

Iran-origin crude purchased by China is sometimes labeled Omani or Middle Eastern oil, or Malaysian Blend. China imported more than 12 million metric tons of crude from Malaysia in 2020 and 2019, around twice as much as in 2017 before the U.S. sanctions were imposed, customs data show.