Opec+ seaborne exports down 1.8 mbd in January ahead of further planned cuts 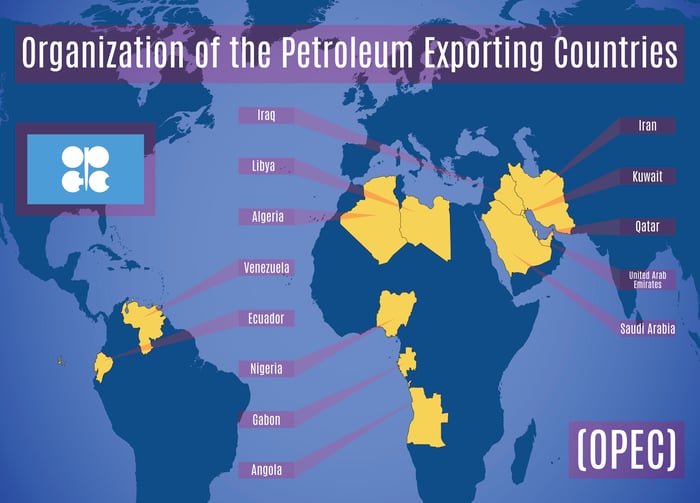 Kpler data shows OPEC+ seaborne oil exports slumped by 1.8 mbd to 25.5 mbd in January. The decline is relatively unsurprising: although OPEC+ had agreed to boost production by an additional 500 kbd in January, we had actually seen a 1 mbd increase in seaborne exports in December 2020 already. The decrease in exports also comes as Saudi Arabia has pledged a voluntary 1 mbd cut in February and March, part of which may have already been factored in into Saudi production. Further Saudi cuts are likely to boost storage draws: global oil inventories have fallen 33 million barrels (mb) in January, of which 20 mb in Eastern Asia only.

The only significant increases were seen in Venezuela, Russia and Iran (up by 138 kbd, 137 kbd and 79 kbd m/m respectively) although our final estimate for Iran may change to the upside. The exports increase reflects Russia's ability to increase production by 65 kbd in each of February and March and stronger confidence from Iran that the worst of sanctions is behind them.

Lower exports from the group help decrease expected market supply: we estimate 8.28 mbd of oil were removed in market supply since the reference month of October 2018, compared to a production cut target of 7.2 mbd in January 2021 against reference levels. Our models now include refinery runs estimates in partnership with Facts Global Energy (FGE).

· Iraq's exports fall despite the launch of Basrah Medium

· Iran's exports jump over 500 kbd: Is Iranian oil on the brink of being back in the market?

Saudi Arabia’s exports have been 435 kbd lower in January, a sign that the kingdom is on track to cut output as promised. However, despite this exports cut, Aramco’s exports level is only 100 kbd lower than November as December exports were close to 300 kbd higher m/m.

Saudi’s oil exports reached 6.33 mbd in January, with lower volumes being shipped to Asia: combined exports to China, Japan, South Korea, Taiwan and Indonesia were down 380 bd m/m while shipments towards India (+60kbd m/m) and especially the US (+230 kbd) rose.

Lower Saudi shipments towards Eastern Asia are likely to boost storage draws: global oil inventories have fallen 33 million barrels (mb) in January, of which 20 mb in Eastern Asia only.

Iraq's exports fall despite the launch of Basrah Medium

Iraq’s exports (including exports out of Ceyhan) fell 121 kbd m/m, after having boosted by close to 250 kbd in December. Basrah shipments decreased by 50 kbd m/m while exports out of Ceyhan fell by 71 kbd. The decrease comes as the country plans to cut production in January and February to make up for breaching its OPEC+ quota last year.

Earlier in the month, Iraq's SOMO launched a new grade called Basrah Medium, a move that would normally allow the country to unleash more production, as its oil production is increasingly heavy. 20 cargoes or 922 kbd of Basrah Medium were shipped on the month, mostly heading towards Iraq's key customers: China and India. SOMO announced that up to 1 mbd of its oil exports will be sold as Basrah Medium.

In addition to Saudi Arabia, exports from many African countries are down: Nigeria (-315 kbd), Algeria (-188 kbd), Libya (-152 kbd),  Angola (-95 kbd), Gabon (-42 kbd) and Equatorial Guinea (-19 kbd). Only Congo and South Sudan were up by only 12 kbd and 11 kbd respectively. Nigeria’s exports have reached their lowest level since June 2013, boosting the country’s compliance to OPEC+ cuts after it already made strong efforts in the past few months.

One of the reasons of this may be explained in crude quality. Most of these countries’ oil blends are light oil, which are more suitable for refineries that target a higher yield for clean products such as naphta, gasoline or jet fuel. However, in the middle of a cold winter, buyers of crude may favour heavier blends in order to reach a higher yield of middle distillates or dirty petroleum products, in order to use such products for heating or power generation purposes. Eastern Asia’s net exports of gasoil and fuel oil show that the region went from a surplus of 300 kbd in November to 84 kbd in January.

Iran's loadings jump over 500 kbd: Is Iranian oil on the brink of being back in the market?

The National Iranian Oil Company (NIOC) has grown bolder on the back of Biden's inauguration in the US. Iran’s oil exports have increased by 80 kbd to 550 kbd, while the 3-month moving average reached 484 kbd. Our estimate of Iran's shipments is likely to be revised upwards as we receive more information about ghost ships.

Unsurprisingly, all this oil is heading eastwards towards Malaysian waters where STS operations have been happening and eventually towards China. Even if a full agreement between Iran and the Biden administration isn’t reached in months, we expect China to boost intakes of Iranian oil and to achieve better pricing for competing grades such as Basrah Medium and Arab Medium. Chinese firms CNPC and Sinopec are still recouping cost recovery and remuneration fee from their participation in two Iranian oil fields in the past decade.

NIOC has already started ramping up production: Deputy Oil Minister Amir Hossein Zamaninia said the country could reach back previous production levels (+2-2.5 mbd) in just 1-2 months. We estimate this to be too optimistic and estimate it could take around 6 months to achieve such an increase. But the key issue remains the lifting of US sanctions. When this happens, traditional customers such as India, Japan, South Korea and Europe could come to Iran's door.