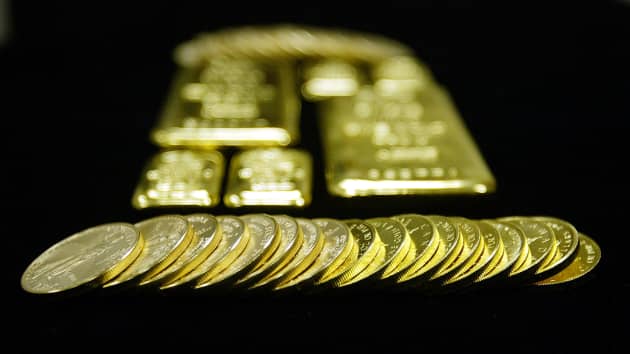 Gold prices edged down on Tuesday from the previous session’s near three-week high as equities regained some ground, but concerns the coronavirus outbreak could impact the global economy cushioned safe-haven bullion’s losses.

“The flight to safety is not continuing today. Equity markets have stabilized, European equities are broadly flat, so the wave of risk aversion that swept across the financial markets seems to be off,” said Julius Baer analyst Carsten Menke.

European markets steadied after the previous day’s thumping, while the U.S. dollar rose to a near two-month high.

However, concerns the coronavirus outbreak could hinder the global economy persist, Menke said, adding reactions to the spreading virus had been very different across markets and the decline in oil prices suggested a slowdown of economic activity in China.

Gold is seen as an alternative investment during times of economic and political uncertainties.

The death toll from the virus reached 106 in China and some health experts questioned whether Beijing can contain the virus which has spread from the city of Wuhan to more than 10 countries.

The outbreak has prompted authorities to impose travel restrictions and extend the Lunar New Year holidays, which helped bullion to rise for the past four sessions.

“Fears over the Wuhan virus have driven the rally (in gold), but it appears that investors much prefer the safety of high-grade government bonds to the yellow metal,” Jeffrey Halley, senior market analyst, OANDA, said in a note.

Government bonds are also considered a safe-haven asset during times of economic and political uncertainty.