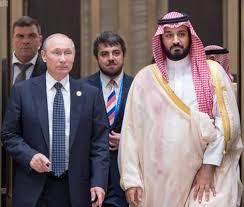 
Russia is not seeking to become a member of OPEC, but will continue working closely with the producing group even after the ongoing supply cut agreement ends, Aleksey Texler, Russia's first deputy minister of energy, said Tuesday.

"At present it is clear that the kind of cooperation that we're having will continue even if a slightly different format," Texler said through a translator at CERAWeek by IHS Markit. "The need to work together is obvious." That work could look like the ongoing 2016 supply cut agreement OPEC launched with 10 non-OPEC allies led by Russia. This agreement has created a "new kind of a family" in the world oil market, Texler said.

OPEC and Russia will continue to maintain this relationship, which will include coordinating future market cooperation and potentially future technology policies, he said.

But this relationship will not need to be a formal arrangement, Texler added.

"I don't think there is a strong need to cement something or cut something in stone," he said.

He said the supply cut agreement has put restrictions on some projects in Russia, but said Russian producers remain focused on maintaining market share.

He added that growing US production poses a "risk" for that market share plan.

"Shale oil is always in our focus," he said.

-- Edited by Jason Lindquist, newsdesk@spglobal.com
Posted by Crude Oil Daily at 9:44 AM