Iran May Not Be Oil's Biggest Wild Card in 2018 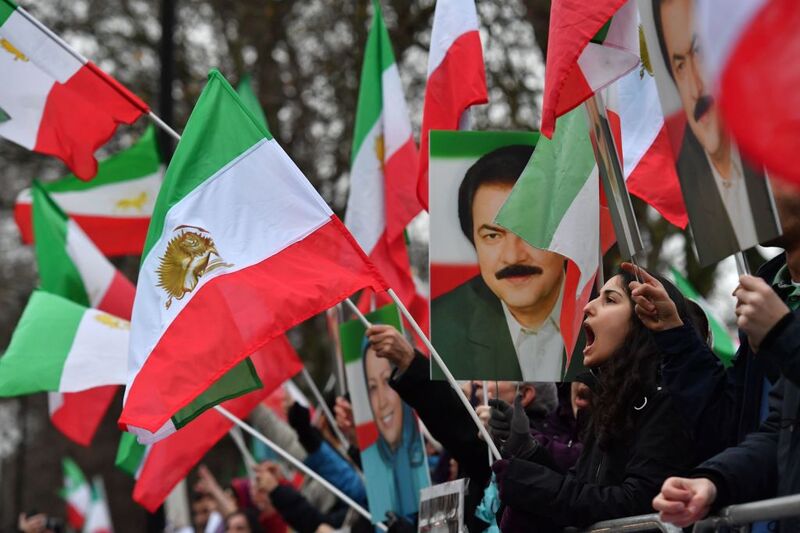 
The oil market rediscovered geopolitics in the latter part of 2017. Continuing the theme, 2018 has kicked off with mass protests in Iranian cities.

As you sketch out scenarios for the Middle East, though, don't forget another big wild card: the U.S.
This isn't to say Iran's problems don't matter. They're occurring in a context of heightened tension with Saudi Arabia, and both countries are liable to launch rhetorical assaults as a matter of course. Iranian-backed fighters in Yemen's civil war are also launching assaults in the form of missile attacks on Saudi Arabia, though they've been thwarted thus far. It's all too easy to join the dots from a missile hitting, say, a Riyadh neighborhood to an escalation, and potentially explosive miscalculation, by both governments.

Equally, the sheer opacity of Iranian (and Saudi Arabian) politics to most outsiders makes it very hard to weigh the probabilities -- or the impact on oil prices. The nearest analogue to the current situation is Iran's "Green Movement" of 2009 and 2010. On the surface, those protests -- bigger than the current ones so far -- had no discernible impact on oil.

Yet extrapolation from that earlier example is essentially useless. Back then, everything -- from the state of the global economy, just emerging from the 2008 financial crisis, to the prevalence of social media in the Middle East -- was very different.

While you can't ignore the potential for explosive outcomes in that region, the more tangible, if less dramatic, swing factor to watch in oil this year is the U.S.

America's capacity for upending the oil market is well-established at this point. Here's exhibit A:

That disruption continues. The day after the current spate of protests got underway in Iran in late December, the U.S. Energy Information Administration released its latest monthly oil supply figures, for October. Crude oil output jumped by almost 170,000 barrels a day that month -- and the gain would have been double that, were it not for hurricane impacts keeping Gulf of Mexico barrels off the market:

At this point, the single biggest and most tangible swing factor in 2018's oil market is how much more oil comes out of U.S. shale basins. And projections for this are all over the place. For example, while OPEC projects an extra 720,000 barrels a day of U.S. crude oil this year, analysts at Rystad Energy, a consultancy, put it at 1.1 million barrels a day. In a market focused primarily on working off excess oil inventories, that gap is make-or-break -- whether you're a bull or a bear.

If U.S. exploration and production companies maintain momentum, then it's difficult to see how oil prices can move much higher this year, unless something like a deeper crisis in the Middle East transpires (another potential flashpoint, Venezuela, is more of a known known). If shale stalls, then bulls will take heart.

Ultimately working against the bulls, however, is stuff like Iranian protests, which could keep prices just high enough to keep shale humming. Speculative net length in major crude oil and refined products contracts heightens the potential for any whiff of trouble to push oil prices higher, regardless of whether it actually affects physical flows of barrels -- especially as the role of algorithmic trading has grown.

It's worth re-emphasizing that 2018 may bring plenty of unsettling news to feed oil rallies. Besides Iran and its neighbors, the U.S. is an outsize factor here too. This is always the case because of the country's sheer preponderance in the regional and world order; its actions or mere inaction can have profound implications.

Now remember that this year we are likely to see, among other things, the results of special counsel Robert Mueller's investigation into Russian interference in the 2016 election, mid-term elections and a potential revisiting of the nuclear deal with Iran (about which the current protests may or may not affect President Donald Trump's thinking). The U.S. isn't necessarily a stabilizing element on the political front.

What ultimately counts for oil, though, is physical flow. A dollar of pure risk-premium is like a dollar of geopolitical rent for a producer in a place like Texas, helping it hedge future output. Whereas a real crisis can take a lot of oil off the market quite quickly, these days fear of a potential crisis can help bring more barrels onto it.

This column does not necessarily reflect the opinion of Bloomberg LP and its owners.
Posted by Crude Oil Daily at 2:03 PM