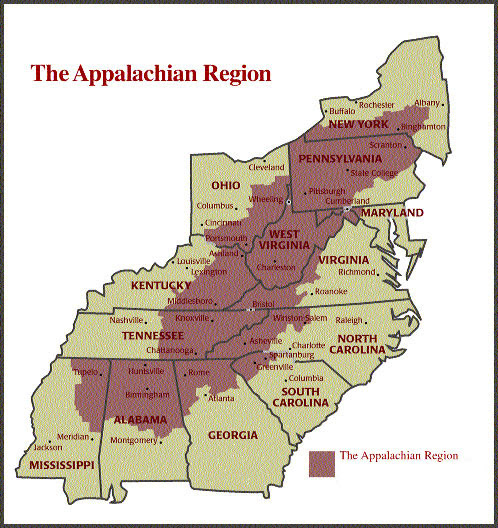 Much of it will probably never materialize. Here are the reasons why.

In July, Senator Joe Manchin, a West Virginia Democrat, joined other policy makers to pitch a $10 billion Appalachian storage hub to Trump. The proposal outlined underground storage in Pennsylvania, Ohio and West Virginia, plus pipeline to link storage and petrochemical plants. A report from the American Chemistry Council found that, if approved, it could create more than 100,000 jobs and nearly $36 billion in capital investment.

"It would be more than competitive," Schork said. "The price of natural gas in the Marcellus shale is really advantageous."

And the MOU with China Energy Investment may be one step toward that. According to the West Virginia Department of Commerce, the company has already made “several trips” to the state. On Thursday, Governor Jim Justice described the agreement as proof that “the tides are turning in West Virginia.”

China Energy Investment Corp. and West Virginia have grand -- albeit non-binding -- plans to build new gas-fired power plants, along with complexes to store the fuel and chemical plants to help turn it into plastics. Based on a statement from West Virginia’s Department of Commerce, China Energy Investment would spend $83.7 billion over 20 years, or more than $4 billion annually.

China Energy Investment was formed from the combination of Shenhua Group Corp., the nation’s largest coal miner, and China Guodian Corp., one of its top-five power generators, making the combined power company the world’s biggest.

“That’s not going to happen,” Kay says. “The problem isn’t necessarily anything other than financial.”

On the surface, a massive build-out of infrastructure in Appalachia -- a region that now supplies more than a third of America’s natural gas -- makes sense.

Companies and politicians have been pushing for more pipelines and plants there since the shale boom unleashed a flood of gas from formations like the Marcellus a decade ago. West Virginia, in the heart of Coal Country, could especially use the help after a market collapse forced shut hundreds of U.S. mines. Another plus -- the region offers an alternative to the hurricane-prone Gulf Coast.

One reason more projects haven’t taken off: The Gulf Coast is an easier and often cheaper alternative with existing pipelines to power plants, chemical plants and storage tanks. Meanwhile Texas is home to its own giant shale plays, including the Permian Basin where 9 billion cubic feet of gas is pulled from oil wells every day.
“When you already have a market established in the Gulf Coast, it’s easy to expand it -- you have a lot of storage, you have a lot of supply,” said Prachi Mehta, a natural gas liquids analyst for Wood Mackenzie Ltd. In Appalachia, “you have a lot of constraints.”

But by far the biggest constraint that energy companies face in the eastern U.S. is the regulatory process.

Some project developers have spent over a year waiting for federal approval as landowners and environmentalists there lodge complaints and stage protests. Even as politicians push for more investments, pipeline giants from Energy Transfer Partners LP to Williams Partners LP are being forced to delay projects because of regulatory setbacks and legal challenges.

Even Dave Spigelmyer, president of a coalition that’s been pushing for the kinds of projects China Energy Investment has pledged to build, acknowledges the challenges.

"We need to make sure we have our A-game on, because folks are going to go where they have certainty on the return on investment,” Spigelmyer said. “When you talk about investment in Pennsylvania, it takes over 100 days to get a drilling permit.”

Another reason West Virginia shouldn’t get its hopes up, Kay said, is the fact that much of the major investments that Appalachia’s energy market needs may have already been made.

Enough pipelines are coming online to increase the region’s take-away capacity by about a third. And so much gas-fired power generation has been built in the area that Moody’s Investors Service has warned of “a gas-driven apocalypse” in the power market.

“The truth is,” Kay said, “we need to see these projects coming online to see if we do need more infrastructure.”

To be sure, a record volume of gas keeps flowing out of the Marcellus and Utica shale formations of the eastern U.S. IHS Markit forecasts that, between 2026 and 2030, the region will produce enough natural-gas liquids to supply as many as four more chemical plants that “crack” the ethane in natural gas streams into a chemical widely used by manufacturers.