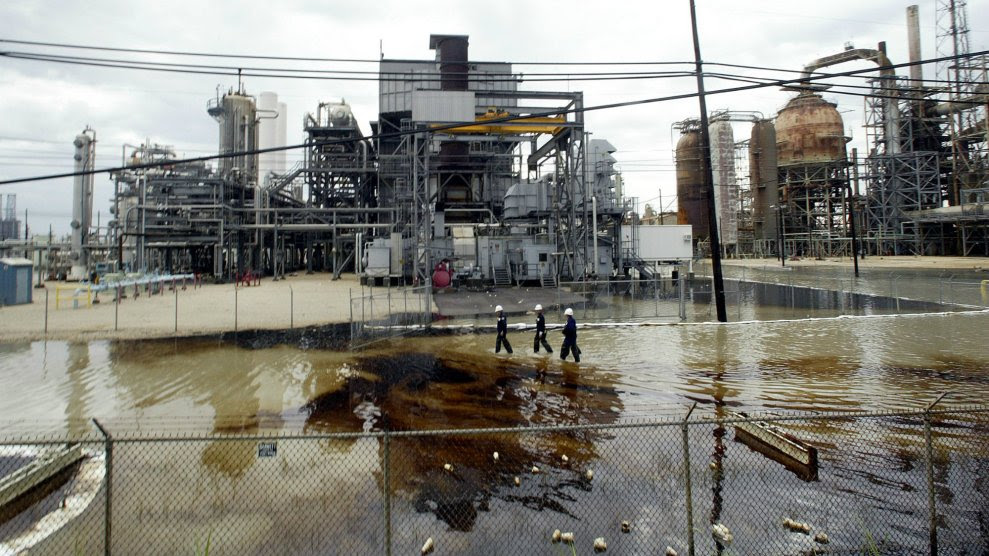 Oil and gas companies on the Texas Gulf Coast were dealing Saturday with the impact of Hurricane Harvey, which made landfall near Corpus Christi, Texas, and was expected to produce torrential rains and flooding over the next few days.

As of 1 PM CDT (1700 GMT), Harvey, now listed as a tropical storm, was about 45 miles west-northwest of Victoria, Texas, with maximum sustained winds of 70 mph, according to the US National Hurricane Center. The current path shows Harvey impacting primarily the Corpus Christi area, weakening to a tropical depression by Monday, and moving to the northwest of Houston.

Refiners shut nearly 900,000 b/d of capacity, primarily in the Corpus Christi area, while area ports and terminals were closed to vessel traffic.

Some offshore oil and gas operators evacuated platforms and rigs, while onshore operators were shutting in what may amount to hundreds of wells in the Eagle Ford Shale in South Texas.
Ports and Terminals

* Corpus Christi area ports remained closed Saturday, and so far there are no reported oil spills or damages to storage tanks. The port of Brownsville, located further south on the Texas/Mexico border, reopened.

* All ports in the Galveston Bay port complex will remain closed for the next 24 to 48 hours, but initial steps are being worked out to open some parts of the upper Houston Ship Channel with Hurricane Harvey showing signs of a slowdown, the Greater Houston Port Bureau said Saturday.

* The US Coast Guard set Zulu condition Friday for four major ports in the Houston-Galveston area complex, closing ports to all inbound and outbound traffic, including crude oil tankers, at the Port of Houston, Port of Texas City, Port of Galveston and Port of Freeport.

* Phillips 66 suspended operations at its Freeport, Texas, terminal after Port Freeport was closed, which will impact LPG exports and crude imports at the facility. The Freeport Liquefied Petroleum Gas Export Terminal started operations in December and can export 150,000 b/d of LPG to Europe, Latin America and Asia. The LPG export project was an expansion of the existing marine terminal in Freeport which also serves Phillips 66's nearby 247,000 b/d Sweeny, Texas, refinery. The refinery is said to be still operating, but crude imports will be curtailed because of the port closure.

* NuStar Energy said it had completed fully shutting down its crude and refined products terminal in Corpus Christi. NuStar's North Beach Terminal at Corpus Christi includes a 1.6 million-barrel crude facility, and 10 storage tanks with a combined capacity of 327,000 barrels for gasoline, distillates, xylene and toluene, and a 72-mile, 15,000 b/d pipeline that carries refined products and chemicals.

* Buckeye Texas Partners has suspended all marine terminal operations in Corpus Christi and also initiated a full shutdown of its crude, condensate, fuel oil and naphtha storage facilities in the area, a company official said. The company's facilities at Corpus Christi include 2.3 million barrels of storage for crude, condensate, fuel oil and naphtha and three deepwater docks of a maximum draft of 45 feet that can load Aframax vessels.