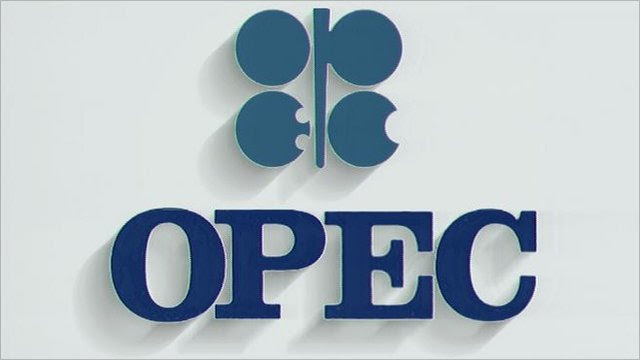 
ALGIERS, Algeria—OPEC reached an understanding that a crude-oil-production cut is needed to lift petroleum prices, Iran’s oil minister said, but the group will wait until November to finalize a plan to tackle a supply glut.

The consensus was reached Wednesday after a 4½ hour meeting in the Algerian capital. It represents the first collective acknowledgment from the Organization of the Petroleum Exporting Countries that it needed to take action to alleviate an oil-price slump that has wreaked havoc on the economies of oil producers. OPEC, whose 14 members control over a third of world oil output, has been producing at record levels as its members compete among themselves for buyers.

OPEC and the Oil Market

“Today, an exceptional decision was made at OPEC,” Mr. Zanganeh said.

Exactly how the production cuts would be achieved is unclear. Mr. Zanganeh said a committee would be formed to determine how much each country would have to cut and then report to the group at its next meeting on Nov. 30 in Vienna.

Iran, Libya and Nigeria are all trying to increase production, while countries like Venezuela and Algeria can ill afford to lose oil revenue by reducing output. Saudi Arabia, the group’s largest producer, has been pumping at record levels in recent months and was expected to slow down output in the fall and winter anyway.

The meeting lacked the participation of the world’s largest producer of crude oil, Russia, which is pumping record levels of oil. Russia isn’t a member of OPEC but had been heavily involved in talks with the group about jointly slowing down production.

A person familiar with the matter said the output cuts would be discussed with non-OPEC members soon.

The prospect of OPEC returning to its traditional role of propping up oil prices with production cuts—a weapon it had kept sheathed since oil prices fell in 2014—sent the crude market on a wild ride. Prices rose more than 5%, to above $49 a barrel, after reports of a deal surfaced Wednesday following a volatile day of trading.

OPEC kicked off Wednesday’s meeting against a bleak backdrop in the oil industry. After years of prices around or above $100 a barrel, oil prices fell below $30 a barrel this year for the first time in over a decade and have remained stuck between $40 and $50 for months. It has resulted in cheap energy costs for consumers but also tens of thousands of layoffs in the petroleum business, which has dragged on the U.S. economy at times.

OPEC hasn’t taken any concrete action to help the market since prices first began falling in 2014. Saudi Arabia, the group’s de facto leader, reasoned that an American shale-oil boom made OPEC’s traditional move of cutting production levels less effective at propping up the market. Instead, Saudi Arabia and other OPEC members opened the spigots full blast and pumped record levels in a competition for market share.

The previous position of Saudi Arabia’s oil officials had been that low oil prices would push shale producers out of the market, and that prices would eventually rise as demand overtakes falling supply.
But U.S. production has been more resilient than most observers expected, and billions of barrels of the world’s vast oversupply of oil has been put into storage, delaying the day when demand catches up to supply.

At OPEC’s last meeting, in June, when the group took no action, OPEC believed supply and demand would harmonize—and prices would recover—late this year or early next.

“Our expectations about the rebalancing process have shifted,” said OPEC Conference President Dr. Mohammed Bin Saleh al-Sada, in a speech to the group before its private gathering. “It is evident that there is now a greater degree of urgency.”

Saudi Energy Minister Khalid al-Falih said this week that the market needed reassurance, “a gentle adjustment.” It wasn’t a call for significant action, but it represented a departure from Mr. Falih’s predecessor, Ali al-Naimi, who had declared that OPEC was no longer a cartel and that the days of production cuts were over.

Write to Benoit Faucon at benoit.faucon@wsj.com, Georgi Kantchev at georgi.kantchev@wsj.com and Selina Williams at selina.williams@wsj.com
Posted by Crude Oil Daily at 6:04 PM