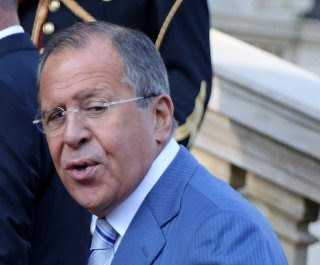 Europe gets about a quarter of its natural gas needs met by Russian suppliers, though the majority of that runs through a Soviet-era transit network in Ukraine. Simmering conflict, and gas contract issues reaching back to at least 2006, exposes that artery to risk.

The Kremlin has worked to advance transit networks that avoid Ukrainian territory, most recently with Turkish Stream, a revamped project that replaces the now-scrapped South Stream pipeline. By 2019, Ukrainian networks will be idle and Gazprom Chairman Viktor Zubkov said Europe needs to be ready.

"Considering the decision made on re-directing supplies from 2019, European partners do not have so much time [for infrastructure preparation]," he said from a European gas conference in Vienna.

Gazprom officials met earlier this week in Ankara to discuss planning for Turkish Stream. The company said about 70 percent of the pipeline would follow the planned South Stream route, with 150 miles slated for a new corridor to Europe.

Gazprom said the first gas supplies would run through the network to Turkey by 2016.

Europe, for its part, has looked to rival suppliers to advance its own energy security needs, expressing frustration with the monopoly Gazprom holds over transit and supplies. Russian Foreign Minister Sergei Lavrov said, as Russia's largest trading partner, Russia would remain the key energy supplier for Europe.