Harvard Losing Out to South Dakota in Graduate Pay: Commodities 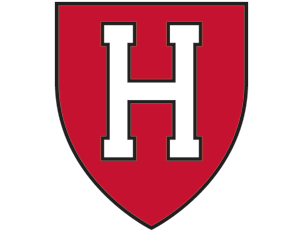 Harvard University's graduates are earning less than those from the South Dakota School of Mines & Technology after a decade-long commodity bull market created shortages of workers as well as minerals.

Those leaving the college of 2,300 students this year got paid a median salary of $56,700, according to PayScale Inc., which tracks employee compensation data from surveys. At Harvard, where tuition fees are almost four times higher, they got $54,100. Those scheduled to leave the campus in Rapid City, South Dakota, in May are already getting offers, at a time when about one in 10 recent U.S. college graduates is out of work.

"It doesn't seem to be too hard to get a job in mining," said Jaymie Trask, a 22-year-old chemical-engineering major who was offered a post paying more than $60,000 a year at Freeport- McMoRan (FCX) Copper & Gold Inc. "If you work hard in school for four or five years, you're pretty much set."
A fourfold gain in commodities in the past decade reflects both surging demand and the industry's failure to keep up. While new mineral deposits are getting harder to find, companies also are struggling to add enough skilled workers. That's partly a legacy of U.S. colleges cutting back on mining programs. There were fewer than 28,000 people employed in U.S. metals mining in 2004, from 58,000 in 1993, the National Mining Association estimates. By 2011, it had rebounded to 40,000.

As many as 78,000 additional U.S. workers will be needed by 2019 to replace retirees, the Society of Mining, Metallurgy & Exploration said in a report in January. In Australia, the largest shipper of coal and iron ore, there will be a shortfall of 1,700 mine engineers, 3,000 geoscientists and 36,000 other workers in the five years ending in 2015, the report said.

Demand for mining-school graduates is exceptional in the U.S., where the unemployment rate for 20-to-24 year olds with Bachelor's degrees was 11.8 percent in July. The jobless rate across the economy held above 8 percent for a 43rd month in August, government data show.

Universities trimmed courses in earth sciences, mineral geology and mine engineering when the industry contracted in the 1980s and 1990s, said Diana Stewart, the marketing director at Hampshire, U.K.-based jobs4mining.com, a message board that links recruiters and prospective workers worldwide. Shortages in mine engineering and project management are acute, she said.

"There are simply not enough to go around, so companies are trying to tempt people to their own projects, which is driving tremendous salary inflation," Stewart said. "When investment finance is tight, skilled labor availability and labor costs are one of the factors that are having an impact on the viability of a project."

Fourteen U.S. schools offer mining-engineering degrees, compared with 30 in 1982, according to Dave Kanagy, the executive director of the Society for Mining, Metallurgy & Exploration in Englewood, Colorado. There were 178 mine- engineering graduates in 2011, from 700 in 1982, he said. The average age in the mining industry is 47.3, compared with 40.7 across the combined U.S. workforce.

The South Dakota School of Mines & Technology, which charged out-of-state tuition of $10,530 last year, graduated 259 students with Bachelor of Science degrees in 2012. Seventeen of those were in mining engineering.

Harvard, in Cambridge, Massachusetts, has more than 27,000 students who paid about $40,000 in tuition last year. The number of engineering graduates who go into mining is "virtually zero, if not zero," said Michael Rutter, the communications director for Harvard's School of Engineering and Applied Sciences. They tend to go to industries including finance, biomedical engineering, software and government, he said.

The median salary for all Harvard graduates at mid-career was $116,000 last year, compared with $96,300 at South Dakota School of Mines, according to PayScale's survey. Princeton University 's mid-career salary was highest, at $130,000, followed by California Institute of Technology at $123,000, according to Seattle-based PayScale. The company says the data is based on surveys of more than 35 million users.

The South Dakota college, founded in 1885, is a partner in the development of the Sanford Underground Laboratory, which will carry out experiments as deep as 4,850 feet (1,478 meters) down in an abandoned gold mine. Its campus includes the Museum of Geology, which houses a century-old collection of minerals, many of them taken from now-defunct mines. Its football team, known as the Hardrockers, has had one winning season since 1985.

Copper futures rose 10 percent this year, beating the 5.2 percent gain across the 24 commodities tracked by the Standard & Poor's GSCI Spot Index. The MSCI All-Country World Index of equities advanced 13 percent, while Treasuries returned 1.3 percent, a Bank of America Corp. index shows. Goldman Sachs Group Inc. expects the metal to rise another 12 percent to $9,000 a metric ton by the end of this year.

Mining companies are delaying developments because of rising costs and concern that prices may tumble as economic growth weakens. China, the biggest consumer of everything from copper to coal, has slowed for six consecutive quarters. The 17- nation euro area will keep contracting for at least through the first quarter, according to the median of as many as 24 economist estimates compiled by Bloomberg.

BHP Billiton Ltd., the world's biggest mining company, said Aug. 22 that it put approvals for about $68 billion of projects on hold after second-half profit at the Melbourne-based company plunged 58 percent. Rio Tinto Group, the third largest, said last month it may spend less on expansions next year. The S&P GSCI tumbled into a bear market in June, falling more than 20 percent from its peak in February, before entering a bull marketonce more in August.

Capital spending by the industry will likely contract from next year after average growth of about 30 percent from 2005 to 2011, excluding a decline in 2009, Citigroup Inc. said in a report last week. Expenditure will probably grow 16 percent this year, down from a March estimate of 34 percent, London-based analyst Natalia Mamaeva wrote. It will drop 7.5 percent in 2013 and about 12 percent in 2014, she said.

World copper-mine production was 16.03 million tons in 2011, little changed from a year earlier, according to the Lisbon-based International Copper Study Group. The industry's production estimates may need to be cut because of worsening technical glitches and lower-quality ores, Barclays Plc said in a report Aug. 16. Mining companies on average are processing about 15 percent more ore than they were in 2000 to extract the same amount of metal, according to Macquarie Group Ltd.

"A lot of the cost blow-outs come down to haste, inexperience, lack of properly done mining studies, and that reflects the fact that mining is missing a generation," said Robin Adams, a managing consultant at London-based research company CRU. "They are learning though, so that problem is going to go away in a few years."

Labor costs in copper mining rose 16 percent last year, after an average annual increase of 11 percent from 2006 to 2010, according to Barclays. Xstrata Plc (XTA), the Zug, Switzerland- based target of a $35 billion takeover bid by Baar, Switzerland- based Glencore International Plc (GLEN), has 197 job openings posted on its website, ranging from a mining production engineer in Australia to a logistics officer in the Philippines.

"There are shortages everywhere in mining, so it's an employees' market right now," said Kevin Loughrey, the chairman and chief executive officer of Thompson Creek Metals Co., which is developing a copper and gold mine in British Columbia. "Basic economics tells me that as the cost of these projects increase, the cost of what these projects would produce has to increase as well."

To contact the reporter on this story: Joe Richter in New York at jrichter1@bloomberg.net

To contact the editor responsible for this story: Steve Stroth at sstroth@bloomberg.net
Posted by Crude Oil Daily at 5:51 PM