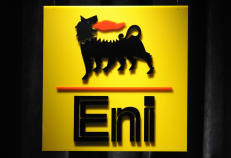 Ghana has a new discovery off its coast with Italian firm ENI making its first discovery on the Offshore Cape Three Points (OCTP) block with the drilling of the Sankofa East-1X well. The company said that the discovery is relevant as it may have the potential for commercial development and confirms the importance of the block also in terms of the presence of oil, as well as natural gas and condensates.

ENI plans for the immediate drilling of other wells to delineate the size of the discovery and confirm the feasibility of commercial development.

The Sankofa East-1X well, which reached a total depth of 3,650 meters, in 825 meters of water, encountered 28 meters with gas and condensate with 76 meters of gross oil pay in Cretaceous sandstones. During the production test, carried out in the oil level, the well produced about 5,000 high quality bpd of oil. The flow rates during the production testing were constrained by surface infrastructures.

In addition, there are ongoing engineering studies for the development and commercialization of gas reserves of the block in accordance with the principles sanctioned in the MoU recently signed by ENI, Vitol, and GNPC with the Minister of Energy of Ghana. The MoU focuses particularly on the domestic gas market, in which ENI and its JV partners wish to play a prominent role.

ENI, through its subsidiary ENI Ghana Exploration and Production Ltd., is the operator of the OCTP block with a 47.222% share. Other partners are Vitol Upstream Ghana Ltd., with a 37.778% share, and state company GNPC with a 15% share. GNPC has an option for an additional 5% share
Posted by Crude Oil Daily at 10:34 AM