Ghana to Feed Energy to Benin 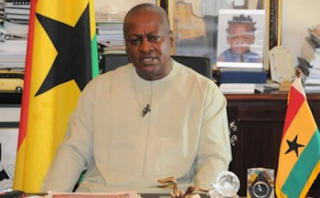 In Ghana the government has initiated a project that will reconfigure its energy sector with the goal of supplying at least one of its neighbors with energy. The country’s president, John Dramani Mahama, announced the project on August 30 saying it would enable the country to supply liquefied gas and substantial electricity to Benin.

Mahama said his country would collaborate with its neighbors to share the proportional advantages that would enable them to specialize for adequate production for both domestic and external consumption.

Mahama made the announcement during a visit from Benin’s minister of interior and home security, Benoit Comlan Degla.
Posted by Crude Oil Daily at 10:06 AM