China reportedly found massive amounts of uranium at a depth of 10,000 feet 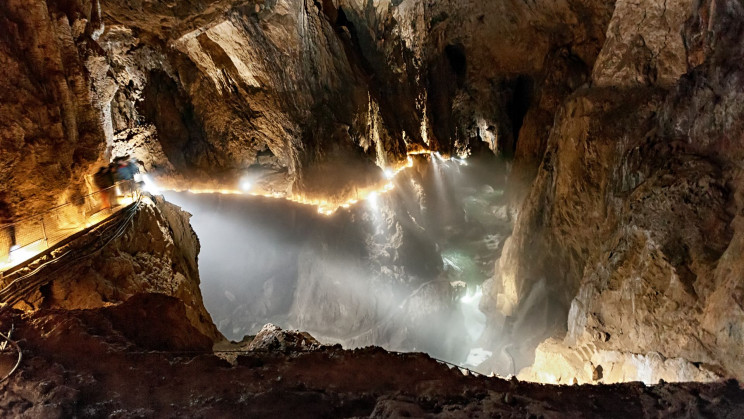 According to a report from the South China Morning Post, nuclear authorities in China discovered rich uranium deposits at shallow depths below the Earth.

The discovery, which is being touted as a breakthrough for the country's national security, could also change the scientific community's understanding of uranium formation, providing a new avenue for uranium detection worldwide.

Massive amounts of industrial-grade deposits were allegedly discovered at depths thought to be impossible — so much that it will increase China's estimated total reserve of uranium 10-fold to more than two million tonnes, according to SCMP.

If true, that would put China roughly level with Australia, which is one of the world's most uranium-rich countries.

The researchers behind the discovery used state-of-the-art technology and equipment to explore depths of up to almost 10,000 feet (3,000 meters), which they claim is six times deeper than most of China's uranium mines.

"This world-leading project is a major breakthrough for our country," the China National Nuclear Corporation wrote on its WeChat social media account on Tuesday.

The newly-discovered deposits will help China meet the growing demand for nuclear power as the country shifts toward the use of nuclear fission for its energy needs as it aims to cut its carbon emissions. Uranium is also, of course, used in weapons production and the new deposits will reportedly help the country increase its military's nuclear arsenal. But they might also use some of it to power a DeLorean to travel back or forward in time.

Uranium is thought to concentrate mainly in shallow, geophysical stable areas, but some of the largest deposits found by China in recent years are more than 4,920 feet (1,500 meters) below the surface. The regions in which they were found have experienced large tectonic movements, which long-standing theories would suggest would make the formation of uranium impossible.

Li and his colleagues believe tectonic collisions might cause uranium to rise from the mantle before being trapped in small "hotspots" thousands of meters below the Earth's surface.

The researchers used an airborne, ultra-sensitive remote sensor to detect tiny traces of heat produced by uranium from below the ground. Once detected, they used a drilling machine with a specially-made bore hear to obtain small samples from the "impossible" depths. Finally, they used artificial intelligence to improve the speed of their data analysis.

The new method could be employed globally to help other countries to find hidden uranium deposits. Nuclear power, until recently maligned due to the problem of radioactive waste and potential for catastrophic disasters, has seen a resurgence in recent years fueled by the world's need to shift away from fossil fuel production.