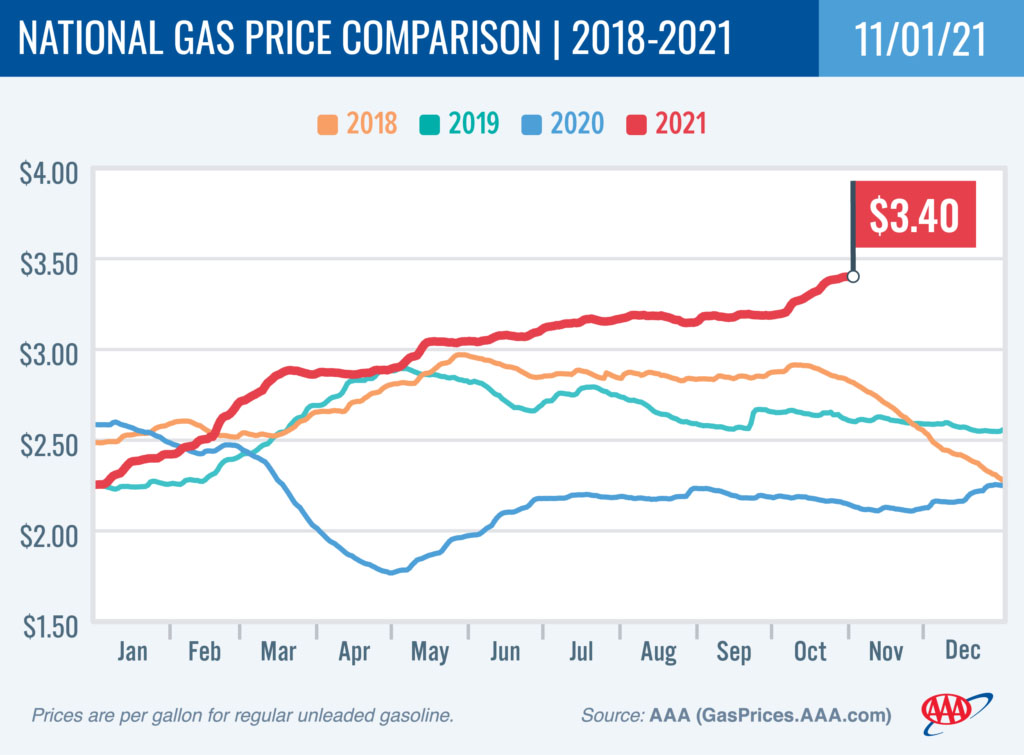 President Biden is the kind of man who deliberately would steer his car into a ditch, crawl from the wreckage, and then probe the ditch for criminal conduct.

Such nonsense mirrors Biden’s recent instructions to the Federal Trade Commission to indulge his fanciful conspiracy theory: the U.S. petroleum industry's plots and plans have fueled vertiginous rises in energy prices. Citing "mounting evidence of anti-consumer behavior by oil-and-gas companies," Biden told the FTC to "bring all of the Commission’s tools to bear if you uncover any wrongdoing."

At a minimum, such collusion would violate the 1890 Sherman Antitrust Act. Any general counsel worth his weight in depositions would sit on a live grenade before exposing his company to such legal peril.

Is Biden cynical enough to blame Big Oil for a national fiasco that he concocted? Or is he so touchingly self-unaware that he misses the connection between higher pump prices and his own War on Oil?

Biden told CNN’s Wolf Blitzer in June 2007 his plan to cut gasoline costs: "As president of the United States, use the Justice Department to go in an investigate this whole issue of price-gouging."

So, Biden’s paranoia that Big Oil fixes prices has historical roots. It also is baseless. When Biden made similar noises in September, the Associated Press put him in his place. "THE FACTS: There actually is little evidence something nefarious is behind the higher gasoline prices, as Biden suggests."

OIL CLIMBS AS OPEC STICKS TO ITS OWN COURSE

It takes profound naivete for Biden not to recognize how his and his team’s anti-oil animus has driven fuel costs skyward. In fewer than 11 months, this administration has:

And how is this multi-front War on Oil working out? As predicted.

Team Biden’s sadism toward their fellow Americans exposes the thuggish side of their anti-oil fanaticism.

•Then-Gov. Jennifer Granholm, D-Mich., said in November 2016, "We ought to be doing everything we possibly can to keep fossil fuel energy in the ground." Granholm is now U.S. Secretary of Energy.

•Saule Omarova – Biden’s Kazakh-born, Soviet-educated, Brezhnev-flavored nominee for Comptroller of the Currency – spoke in February about fossil-fuel companies: "We want them to go bankrupt, if we want to tackle climate change."

Given the religious fervor that informs Team Biden’s hatred of oil, their current actions are utterly incoherent. To escape the political Hell of what they consider high-gas-price Heaven, Biden begs OPEC and the Kremlin to increase oil output. This is like the Anti-Saloon League beseeching Scotland to boost whiskey production after Prohibition shuttered U.S. distilleries.

Devolving America from Trump-era energy independence to Biden-era energy dependence on Arab sheiks and Vladimir Putin creates potential foreign-policy nightmares. "We are much stronger as a nation if we are selling energy to our friends than if we have to buy it from our enemies," Sen. John Barrasso, R-Wyo., told "Fox News Sunday."

Like American reserves, OPEC’s and Russia’s oil also produces CO2 when consumed, but with the added disadvantage of destroyed American jobs. By killing Keystone on his first day as president, Biden obliterated a thousand unionized positions, some 10,000 future jobs, and $2.2 billion in wages.

American Petroleum Institute CEO Mike Sommers encapsulated the infinite absurdity of Biden’s policy. "There’s quite a bit of irony here that the president, over the course of the last couple of weeks, has been begging OPEC to produce more. OPEC is a price-gouging cartel."

The president should pause his self-combusting, ecologically contradictory War on Oil long enough to isolate the root cause of high energy prices.