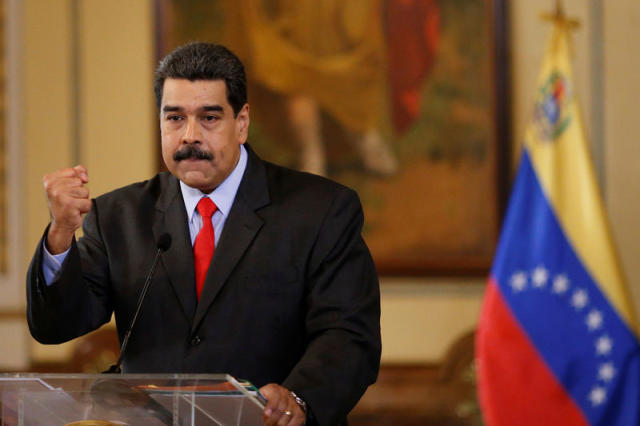 Venezuela's President Nicolas Maduro gestures as he talks to the media during a news conference in Caracas, Venezuela February 15, 2018. REUTERS/Marco Bello


Venezuelan President Nicolas Maduro promised on Saturday to recover 70 percent of the country's lost oil production in the first half of 2018.

"I can tell you, the unprecedented injustices led to an important fall of a million barrels of oil," Maduro said in an interview with state television without giving more specific figures or defining a time period for the output decline.

"I think that in the first half of this year, we will have recovered 70 percent of production," he said.
Venezuela's oil production dropped by nearly 13 percent last year according to figures released by OPEC in January, hitting a 28-year low that suggested a deepening economic crisis and increased chances of a debt default.

Maduro has criticized an "economic war" led by the United States as well as corruption in the state oil company PDVSA for shrinking production.