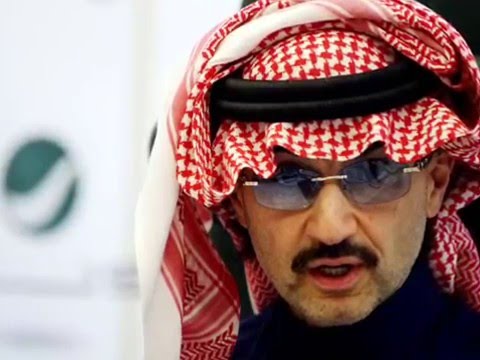 
RIYADH, Saudi Arabia — Saudi Arabia's heir to the throne is overseeing an unprecedented wave of arrests of dozens of the country's most powerful princes, military officers, influential businessmen and government ministers — some of them potential rivals or critics of the crown prince, whose purported anti-corruption sweep sent shockwaves across the kingdom Sunday as he further consolidated power.

Among those taken into custody overnight Saturday were billionaire Prince Alwaleed bin Talal, one of the world's richest men with extensive holdings in Western companies, as well as two of the late King Abdullah's sons.

The arrest of senior princes upends a longstanding tradition among the ruling Al Saud family to keep their disagreements private in an effort to show strength and unity in the face of Saudi Arabia's many tribes and factions. It also sends a message that the 32-year-old crown prince, Mohammed bin Salman, has the full backing of his father, King Salman, to carry out sweeping anti-corruption reforms targeting senior royals and their business associates, who have long been seen as operating above the law.

Reports suggested those detained were being held at the Ritz Carlton in Riyadh, which only days earlier hosted a major investment conference that the crown prince attended with global business titans. A Saudi official told The Associated Press that other five-star hotels across the capital were also being used to hold some of those arrested.

The Ritz Carlton had no availability for bookings until Dec. 1, 2017 — a possible sign that an investigation of this scale could take weeks. Marriott International said in a statement that it is currently evaluating the situation at the Ritz-Carlton in Riyadh, but declined to comment further, citing privacy concerns.

A Saudi government official with close ties to security forces said 11 princes and 38 others were being questioned. The official spoke to the AP on condition of anonymity because he was not authorized to speak to the media.

The surprise arrests were immediately hailed by pro-government media outlets as the clearest sign yet that Prince Mohammed is keeping his promise to reform the country as it moves to overhaul its economy away from dependence on oil and liberalize some aspects of the ultraconservative society.

The kingdom's top council of clerics issued a public statement overnight saying it is an Islamic duty to fight corruption — essentially giving religious backing to the high-level arrests.

It's unclear if the U.S. had any advance word of the arrests. President Donald Trump's son-in-law and White House adviser Jared Kushner and others made an unannounced trip recently to Riyadh. Earlier on Saturday, Trump said he spoke to King Salman, though the White House readout of that call did not include any reference to the impending arrests.

The Saudi government says the arrests are part of a wider effort to increase transparency, accountability and good governance — key reforms needed to attract greater international investments and appease a Saudi public that has for decades complained of rampant government corruption and misuse of public funds by top officials. Volatility from surprise moves reshaping the kingdom, however, are likely to worry investors.

Among those reportedly taken into custody were two sons of the late King Abdullah: Prince Miteb bin Abdullah, who Saturday evening was ousted from his post as head of the prestigious National Guard tasked with protecting the Al Saud family, and Prince Turki bin Abdullah, who was once governor of Riyadh.

Prince Miteb was once considered a contender for the throne, though he has not been thought of recently as a challenger to Prince Mohammed.

Analysts have suggested the arrest of once-untouchable members of the royal family is a clear sign that the crown prince is sidelining potential rivals for the throne.

The young prince has risen from near obscurity to become Saudi Arabia's most talked about and powerful prince in less than three years since his father ascended to the throne. The prince's swift rise to power has unnerved more experienced, elder members of the royal family, which has long ruled by consensus, though ultimate decision-making remains with the monarch.

The moves in Saudi Arabia mirrored those in China, where President Xi Jinping has used corruption charges "as a battering ram to consolidate his own power and authority," said John Hannah, the senior counselor at the Foundation for Defense of Democracies, a conservative think tank in Washington.

Hannah said Prince Mohammed has "latched onto corruption as a way to consolidate his power and remake the regime in his image," purging those who might be resistant.

It is not clear what Prince Alwaleed or the others were being investigated for.

Without naming those arrested, the Attorney General's office said "the suspects are being granted the same rights and treatment as any other Saudi citizen." The statement did not disclose specific details about the investigation, but stressed that no assets have yet been frozen and that individuals are presumed innocent until proven guilty.

A high-level employee at Prince Alwaleed bin Talal's Kingdom Holding Co. told the AP that the royal was among those detained. The senior employee, who spoke on condition of anonymity due to fear of repercussions, said security bodies informed him of the arrest.

Prince Alwaleed's many investments include Twitter, Apple, Citigroup, and the Four Seasons hotel chain. He is also an investor in ride-sharing services Lyft and Careem. He was once a significant shareholder in Rupert Murdoch's News Corporation, but sold much of those shares in 2015.

The prince, pictured sometimes on his 85-meter (278-foot) super-yacht in the Mediterranean, is among the most outspoken Saudi royals and a longtime advocate of women's rights. He is also majority owner of the popular Rotana Group of Arabic channels.

After word of his arrest, his company's stock dropped 7.6 percent in trading Sunday on the Saudi stock exchange.

An earlier crackdown this year on perceived critics of the crown prince included clerics and lesser-known princes.

In July, Prince Mohammed's most formidable challenger to the throne, Prince Mohammed bin Nayef, was plucked from the line of succession and ousted from his post as interior minister, overseeing internal security. This laid the groundwork for the king's son to claim the mantle of crown prince.

Prince Mohammed's gambles have not always succeeded . A yearslong war he has overseen as defense minister against Iranian-allied rebels in Yemen has not made the kingdom safer.

As news was unfolding about the anti-corruption probe, Saudi Arabia said late Saturday it had intercepted a ballistic missile fired from Yemen at Riyadh International Airport, on the outskirts of the capital.

"The dismissals and detentions suggest that Prince Mohammed rather than forging alliances is extending his iron grip to the ruling family, the military, and the national guard to counter what appears to be more widespread opposition within the family as well as the military to his reforms and the Yemen war," James M. Dorsey, a Gulf specialist and senior fellow at Nanyang Technological University in Singapore, said in an analysis of the shake-up.