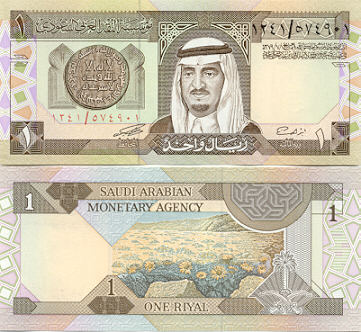 
Saudi authorities are striking agreements with some of those held in an alleged anti-corruption crackdown, asking them to hand over assets and cash in return for their freedom, according to sources familiar with the matter.

The deals involve separating cash from assets, such as property and shares, and looking at bank accounts to assess cash values, one of the sources told the Reuters news agency.

Dozens of princes, senior officials and businessmen, including cabinet ministers and billionaires, have been arrested in this month's sweeping crackdown, which is being seen as an attempt to strengthen the power of Crown Prince Mohammed bin Salman.

Among those arrested was billionaire Prince Alwaleed bin Talal, one of the kingdom's most prominent businessmen.

One businessman reportedly had tens of millions of Saudi riyals withdrawn from his account after he signed the deal. In another case, a former senior official consented to hand over ownership of four billion riyals (roughly $1.06bn) worth of shares, the source said.

The Saudi government earlier this week moved from freezing accounts to issuing instructions for "expropriation of unencumbered assets" or seizure of assets, said a second source familiar with the situation.

There was no immediate comment from the Saudi government on the deals, and the sources declined to be identified because the agreements are not public.

Analysts say the deals could help to end uncertainty about the crackdown, but they could also have an affect on Saudi Arabia's risk perception among investors.

"Eliminating uncertainty about what the Saudi authorities are going to do goes a long way towards giving the market comfort that the regime is getting its house in order and plugging its deficit," said Louis Gargour, founder and senior portfolio manager at the London-based hedge fund LNG Capital.

Riyadh has been cutting spending while raising taxes and fees to curb a state budget deficit caused by low oil prices. The deficit, which hit $98bn in 2015, is shrinking, but at a high cost to the economy; data in late September showed Saudi Arabia in recession during the second quarter.

The Saudi government has in recent years been pressing wealthy individuals to invest more in the kingdom and bring home some of their wealth from overseas.

The United States is closely watching the situation in Saudi Arabia, US Treasury Secretary Steven Mnuchin said on Friday.

Asked about agreements to hand over wealth for detainees' freedom, Mnuchin told CNBC: "I think that the Crown Prince [Mohammed bin Salman] is doing a great job at transforming the country."

According to Gargour, "from a civil liberties point of view, obviously incarcerating people doesn't give us comfort, and that's why we've seen spreads on Saudi bonds go 50 basis points or so wider".

Funds started selling Middle East bonds early this month after Saudi Arabia arrested dozens of senior officials and businessmen in an unprecedented crackdown, which the government said was aimed at tackling corruption.

Credit spreads and the cost of insuring debt against default have increased not only for Saudi Arabia and Lebanon, but across the six-nation Gulf Cooperation Council, which includes Qatar, Kuwait and Abu Dhabi.

"From a trading point of view, you want to identify the private companies most impacted and short or sell them, and conversely public sector companies will benefit," Gargour said.

The market value of the portfolio of Saudi equities held by the Public Investment Fund, the kingdom's sovereign wealth fund, has gained, even as the arrest or questioning of more than 200 people in the inquiry caused stocks in many privately controlled firms to slump.

Reuters could not immediately verify a Financial Times report stating that in some cases, the government is seeking to appropriate as much as 70 percent of suspects' wealth to channel hundreds of billions of dollars into depleted state coffers.

Saudi authorities have help from international auditors, investigators and people with experience in tracing assets. Bank representatives are on hand to execute the decisions immediately, one of the sources said.

Saudi authorities said they have questioned 208 people in an anti-corruption investigation and estimate that at least $100bn has been stolen through fraud, an official said last week, as the inquiry expanded beyond the kingdom's borders into the United Arab Emirates.

Those held include other high-profile businessmen, such as Mohammad al-Amoudi, whose wealth is estimated by Forbes at $10.4bn, with construction, agriculture and energy companies in Sweden, Saudi Arabia and Ethiopia; and finance and healthcare magnate Saleh Kamel, whose fortune is estimated at $2.3bn.

Crown Prince Mohammed bin Salman is trying to use the purge as a way of boosting his popularity with the Saudi population, said Jason Tuvey, a Middle East economist at Capital Economics.

"But he may have realised that by doing this, he's gone a step too far and ruffled too many feathers, and he is maybe trying to find a way out that means these people don't end up in prison forever and can carry on their business operations as before."
Posted by Crude Oil Daily at 10:32 AM