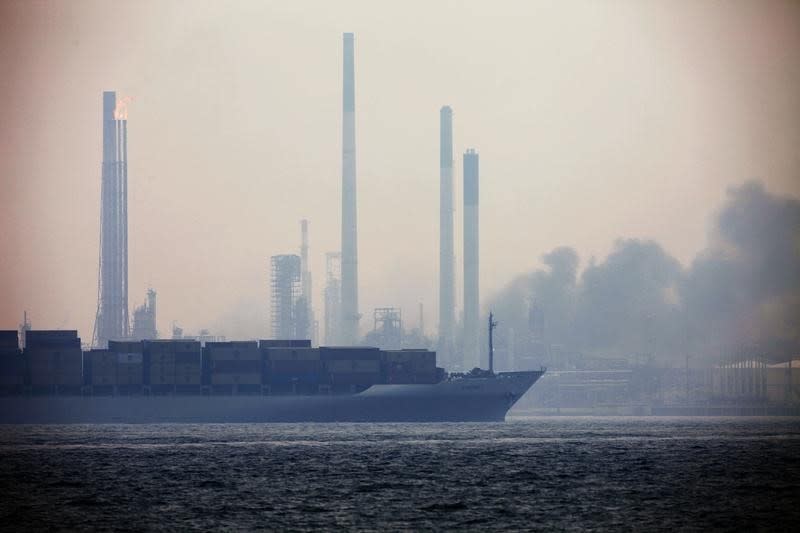 LONDON (Reuters) - Oil slipped to $49 (32 pounds) a barrel on Wednesday after U.S. crude stocks soared to the highest on record last week, and as a firmer dollar weighed on prices.

While the build was not quite as large as the 12.7 million barrel increase reported by industry group the American Petroleum Institute on Tuesday, prices remained under pressure despite large draws in gasoline and distillate inventories.

Gasoline stocks fell by 2.6 million barrels while distillate stocks, which include diesel and heating oil, fell by 3.9 million barrels, the EIA said.

"Refined product demand continues to be the sole source of strength for the market, but it is not enough to overcome the tidal wave of crude oil supplies for now," said John Kilduff at Again Capital LLC in New York.

Fast growing U.S. shale output has pushed oil prices almost 60 percent lower since June, with losses accelerating after the Organization of the Petroleum Exporting Countries said it would not cut output in a bid to preserve its market share.

Analysts at Goldman Sachs said in a note published on Jan. 27 they expected U.S. crude, also known as WTI, to remain near $40 a barrel in the first half of this year.

"(That) should slow supply growth and balance the global oil market by 2016," the Goldman analysts said.

"We then expect oil prices to move to the marginal cost of production," which the bank pegged at $65 a barrel for WTI and $70 a barrel for Brent.

Brent has consolidated in a narrow range just below $50 in the past two weeks as traders assess whether further price falls would push too many small producers out of the market.