Eni warns oil may shoot up to $200 without Opec cuts 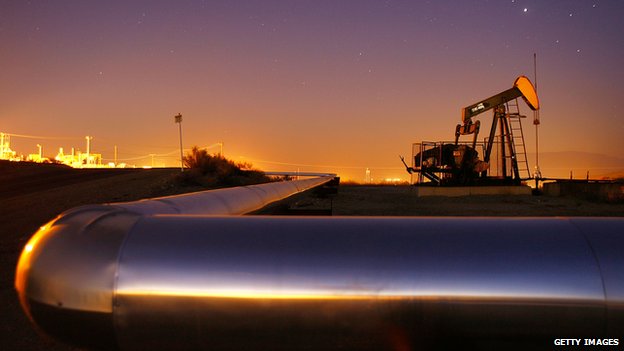 Oil could hit $200 a barrel in four or five years, says Eni


Italian oil group Eni has warned oil could shoot up to $200 a barrel if the Opec cartel fails to cut supplies.

Eni's chief executive, Claudio Descalzi, said the oil industry would cut capital spending by 10-13% this year because of slumping prices.

He said that would create longer-term shortages and sharp price rises in four to five years' time.

Mr Descalzi was speaking at the World Economic Forum in the Swiss resort of Davos.

He said: "Opec is like the central bank for oil which must give stability to the oil prices to be able to invest in a regular way."

Politicians, economists and industry leaders in Davos have been voicing their worries over the impact of lower prices.

Total and BHP Billiton both said on Wednesday that they would cut back on shale oil projects.

He said: "We worry a little bit that the price signal may give disincentive for new energy types to develop and could reduce investment in new non-fossil energy,"

But he added that lower prices would be good for the economy and job creation, because China was dependent on imported oil and gas.

He said: "Everyone tells us to cut. But I want to ask you, do we produce at higher cost or lower costs?

"We will go back to normal very soon," he said.

Oil prices have sunk by almost 60% since June to below $50 a barrel because of a large supply glut.

The price slide accelerated after Opec decided in November not to cut production.
http://www.bbc.com/news/business-30913321#
Posted by Crude Oil Daily at 1:36 PM