Crude falls below $49 as rout continues 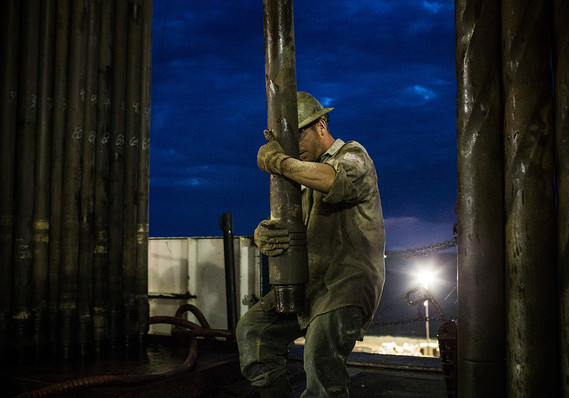 NEW YORK (MarketWatch) — Crude-oil futures extended their decline, with the U.S. benchmark falling further below the $50 level as worries over Greek debt were added to a litany of bearish factors, including a global supply glut and a further rise by the U.S. dollar.

“There is no compelling reason why oil prices cannot fall further in the near term, but the current market panic looks increasingly overdone,” said Julian Jessop, head of commodities research at Capital Economics, in a note.

Both the oil benchmarks have fallen for six of the past seven trading sessions and lost more than 5% on Monday, leaving them to trade at levels last seen more than 5 1/2 years ago.

“In addition to what is already a very bearish supply-demand profile for oil anyway, over the last few days there’s been an increase in new bearish factors to contend with,” Mark Keenan, Société Générale’s head of commodities research in Asia, said.

He said ongoing strength in the U.S. dollar DXY, +0.16%  , concerns about Greek debt and the oil-supply glut will mean oil prices will be under significant pressure for the first half of 2015.

Keenan said employment profiles in American shale basins will be early indicators of a decline in oil production, and changes in drilling rig counts, company spending and railcar traffic will also be worth noting.

The U.S. shale revolution, aided by commercialized drilling technologies like fracking and horizontal drilling, has driven the boom in American oil production. This has contributed to the current oil oversupply.

“The oil collapse and concerns of excess global oil and North American natural gas supply should cause an exploration-and-production business-model reassessment in 2015,” Goldman Sachs said in a report last week.

Goldman Sachs expects more announcements about capital expenditure cuts, a reduction in drilling activity in the first half of the year and a downward supply adjustment to oil prices in the second half.
Nymex reformulated gasoline blendstock for February RBG5, -3.43%  — the benchmark gasoline contract — fell 3 cents, or 2.4%, to $1.348 a gallon.
Posted by Crude Oil Daily at 10:45 AM