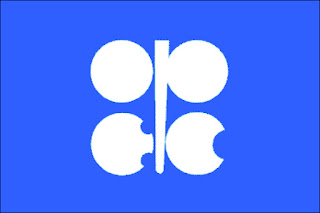 * Shale oil will contribute to lower demand for OPEC crude

LONDON, (Reuters) - OPEC acknowledged for the first time on Thursday that technology for extracting oil and gas from shale is changing the global supply picture significantly, and said demand for crude will rise more slowly than it had previously expected.

In its annual World Oil Outlook, OPEC cut its forecast of global oil demand to 2016 due to economic weakness and also increased its forecast of supplies from countries outside the 12-nation exporters' group.

"Given recent significant increases in North American shale oil and shale gas production, it is now clear that these resources might play an increasingly important role in non-OPEC medium- and long-term supply prospects," the Organization of the Petroleum Exporting Countries said in the report.
OPEC has been slower than some to acknowledge the impact that new technologies such as hydraulic fracturing - known as "fracking" - may have on supply. Conoco's Chief Executive Ryan Lance has gone so far as to predict North America could become self-sufficient in oil and gas by 2025.

In OPEC's new forecast, shale oil will contribute 2 million barrels per day (bpd) to supply by 2020 and 3 million bpd by 2035. For comparison, 2 million bpd is equal to the current output of OPEC member Nigeria, which is Africa's top exporter.

Fracking involves pumping chemical-laced water and sand into a well to open cracks that release oil and gas. The technology has transformed the production outlook in North America but drawn criticism from environmentalists, although the industry insists it is safe as long as wells are properly built.

OPEC said that in the medium-term shale oil would continue to come from North America only, but other parts of the world might make "modest contributions" in the longer term.

Previous editions of the report saw no significant supply addition from shale oil. As recently as June, oil ministers including Rafael Ramirez of Venezuela played down its prospects as OPEC met in Vienna for its last meeting to set output policy.

However, Thursday's report shows that the world is expected to need less oil from OPEC members, which pump more than a third of the world's oil and hold about 80 percent of its conventional crude reserves.

That is partly because of a reduced demand outlook, reflecting immediate concerns about the strength of economic growth particularly in the euro zone and, over the longer term, higher oil prices.
OPEC forecast world demand would reach 92.9 million bpd by 2016, a cut of over 1 million from last year's report. By 2035, consumption will hit 107.3 million bpd, more than 2 million less than previously thought. Demand was 87.8 million bpd in 2011.

Partly due to the higher amounts of shale oil, supply from countries outside OPEC is expected to rise to 56.6 million bpd by 2016, up 4.2 million bpd from 2011.

As a result, OPEC expects demand for its crude to average 29.70 million bpd in 2016, less than it is currently producing. The amount of crude needed from OPEC by 2015 is more than 1.6 million bpd less than it expected last year.

"This downward revision, together with updated estimates of OPEC production capacity over the medium-term, implies that OPEC crude oil spare capacity is expected to rise beyond 5 million bpd as early as 2013/2014," OPEC said.

OPEC assumes its preferred measure of oil prices OPEC-B-D will average $100 a barrel in the medium term, up from the $85-$95 during this decade that it assumed in last year's forecasts. It sees prices rising with inflation to $120 by 2025 and $155 by 2035, compared with $107 most recently.
"Long-term oil demand prospects have not only been affected by the medium-term downward revisions, but by higher oil prices too," the report said. (editing by David Stamp)
Posted by Crude Oil Daily at 3:02 PM