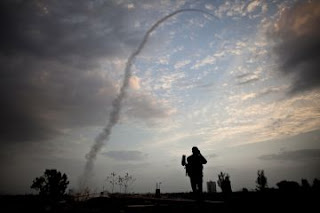 Crude oil options volatility declined with the underlying futures after Hamas said a draft accord for a cease-fire that would end fighting between Israeland Palestinian groups in the Gaza Strip is almost ready.

Implied volatility for at-the-money options expiring in January, a measure of expected price swings in futures and a gauge of options prices, was 27.95 as of 4:20 p.m. on the New York Mercantile Exchange, down from 28.91 yesterday.

Crude oil for January delivery declined $2.53 to $86.75 a barrel on the Nymex, the biggest decrease since Nov. 7. The contract surged to $89.28 yesterday, the highest settlement price since Oct. 19.
The conflict in Gaza threatens further instability in theMiddle East and North Africa after a wave of uprisings since Last year, including one in Libya that almost entirely cut the nation’s crude exports. The region accounted for 36 percent of global oil output and held 52 percent of proved reserves in 2011, according to BP Plc (BP)’s Statistical Review of World Energy.

Bets that prices would rise, or calls, accounted for 49 percent of the 52,235 lots traded.
The exchange distributes real-time data for electronic trading and releases information the next business day on open-outcry volume, where the bulk of options activity occurs.
In the previous session, bullish bets made up 58 percent of the 192,293.

To contact the reporter on this story: Christine Harvey in New York at charvey32@bloomberg.net

To contact the editor responsible for this story: Dan Stets at dstets@bloomberg.net
Posted by Crude Oil Daily at 6:24 PM