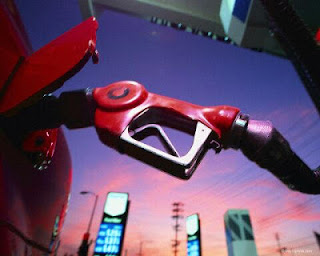 NEW YORK, Nov 2 (Reuters) - Crude oil and gasoline futures fell more than 2 percent on Friday after Washington issued a waiver allowing foreign tankers to bring fuel to the East Coast from U.S. ports, holding out some promise of relief from supply disruptions caused by superstorm Sandy.

Brent crude fell for a fifth day and posted a third consecutive weekly loss as the dollar strengthened on support from a better-than-expected U.S. October jobs report and Bank of Japan worries about the Japanese economy.

Gasoline futures slumped as oil tankers and pipelines supplying New Jersey and the New York Harbor - the delivery point for the U.S. futures contract - restored more operations that had been affected by Sandy.

"I think economic uncertainty and next week's (U.S.) elections are weighing on oil prices. You also have the statement that the Jones Act is going to be waived for a week, suggesting some supplies are going to return," said analyst Gene McGillian at Tradition Energy in Stamford, Connecticut.

The waiver allows foreign tankers to carry fuel to the Northeast from other U.S. ports, which the Jones Act normally limits to U.S.-flagged ships. Spot gasoline prices in the Gulf Coast jumped after the waiver was granted on expectations fuel would begin to move to the East Coast.

U.S. December heating oil retreated 8.58 cents to settle at $2.9474 a gallon, pushing below both the 200-day and 100-day moving averages, technical levels closely monitored by chart-watching traders and analysts.

Heating oil trading volume was 37 percent above the 30-day average at close to 231,000 lots traded.

Late on Friday, the U.S. Department of Energy announced it will loan diesel fuel from the Northeast emergency heating oil reserve. The fuel will be distributed to emergency responders in New York and New Jersey starting as early as Saturday.

In Japan, the third-largest economy, some members of the central bank warned a recession could not be ruled out given recent weakness in industrial production.

"It's the dollar strength, after the Bank of Japan warning that Japan may be slipping into recession," said Richard Ilczyszyn, chief market strategist at iitrader.com in Chicago. "It's a currency play."

Downbeat euro zone data, showing manufacturing had shrunk for a 15th month running in October as output and new orders fell, added to the bearish outlook.

Figures showing that weak economic growth, high prices and improving vehicle fuel efficiency had pushed down consumption of gasoline and diesel in most of Western Europe over the summer also weighed.