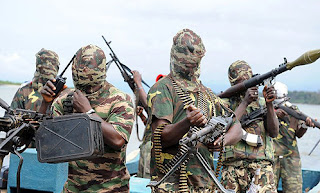 Somali pirates have seized an oil tanker off the coast of Oman in the Arabian Sea. According to reports the Greek-owned, Liberian registered, tanker was carrying 135,000 tons of oil when it was seized.
The tanker is reported to be heading for Somalia. The tanker is thought to have a crew of about 15 on board.

The International Maritime Organization says that 17 ships and close to 300 crew are currently held by Somali pirates.
Posted by Crude Oil Daily at 10:05 AM